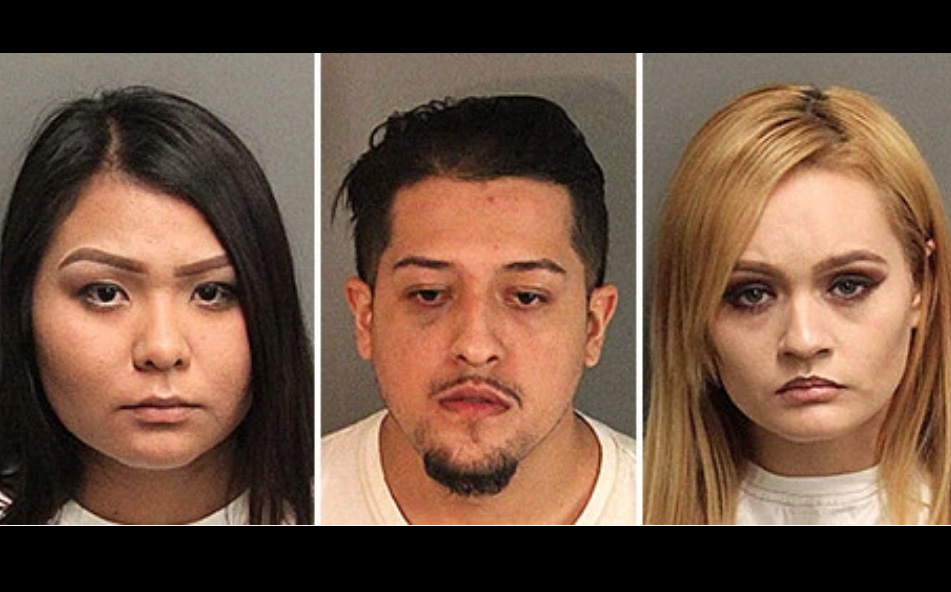 “Over a four-week timespan, as many as 22 separate advertisements depicting the child were located in the counties of Fresno, Los Angeles, Orange, San Diego and Riverside,”

A member of the Riverside County Anti-Human Trafficking Task Force posed as a prospective customer and replied to one of the online ads, and on Tuesday were led to a motel in the 10700 block of Magnolia Avenue in Riverside, where the teen was found, according to Sawyer.

The victim had been missing for the past month and was taken into protective custody, he said.

Three adults accompanying her at the motel were arrested, Sawyer said.

Gabriella Ann Alvarado, 18, of Fresno, was booked on suspicion of human trafficking of a minor and pimping of a minor;

Ramon Avina Chavez, 20, of Fresno, was booked on suspicion of human trafficking of a minor, pimping of a minor and being in possession of a loaded, concealable firearm with obliterated serial numbers; and

Alicia Monet Thao, 21, of Viola in Northern California, was booked on suspicion of human trafficking of a minor and pandering.