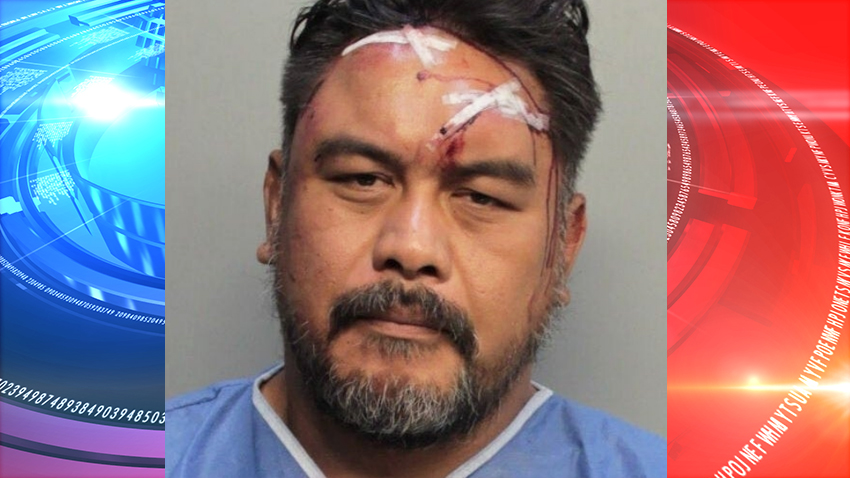 Maliksi allegedly broke a bottle over the head of one police officer and punched a second officer in the face.

He was charged with aggravated assault with a deadly weapon, resisting an officer with violence to his person and other offenses.

Court documents said one of the officers struck Maliksi with their police radio and fired a stun gun twice at Maliski without any apparent effect on him.

The documents said Maliksi suffered cuts to his forehead when he fell onto a concrete curb during the scuffle with police. He was treated at Jackson Memorial Hospital before being taken to the Turner Guilford Knight Correctional Center.

Court documents said the incident began when a motorist was leaving a building at 47 Street and Collins Avenue.

“According to the victim, the subject appeared to be intoxicated and managed to kick off the victim’s front bumper,” court documents said, adding that the damage was estimated at around $1,000.