7 Ways To Reduce Your Electricity Bill 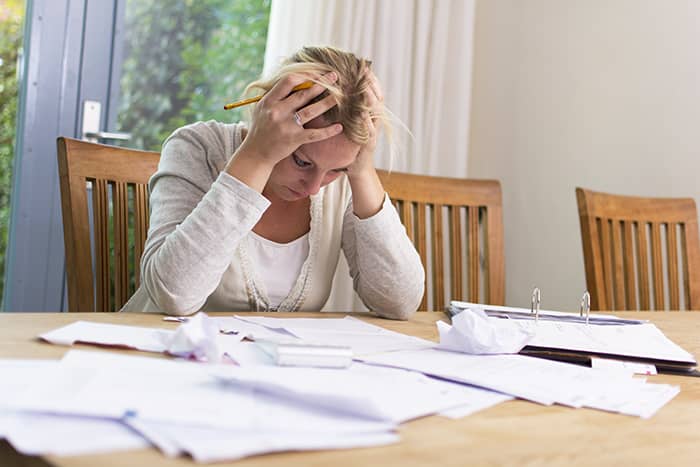 A lot of people are looking to save money these days. No one knows what the future holds, and we all know that the world has been marred with economic troubles in the past decade or so.

A major household expenditure for most of us is our electric bill. And our electricity usage is a great place to start when we’re looking at how to lower your bills, says Local Records Office.

I’m going to go ahead and start with the most obvious — the most effective way to lower your electric bill is very likely by going solar. Sure, you have to pay for those solar panels, but they are cheaper (in the long run) than electricity. The average household that goes solar is likely to save tens of thousands of dollars over the course of their solar panel system’s lifetime.

Furthermore, if you have a solar leasing option in your area, you can consider going solar without purchasing the system at all, allowing you to save money on your electric bill from day one. The average middle-class family that goes solar using a solar leasing model is projected to save $600 a year, according to one recent study.

Luckily, electricity usage, electricity costs, and sunshine are all pretty predictable factors. So, you can estimate how much you’d probably save by going solar, or you can get help with that, and then you can decide if you think it’s worth the investment or not.

Now, beyond the big boy, probably the next best step you can take is ditching your incandescent light bulbs for LEDs. Yes, previously, CFLs were the hot green option for lighting. However, the cost of even more-efficient LEDs has come down tremendously in recent years, and a couple of $5 or $10 LED options are probably your best options for low-cost, high-efficiency, green lighting.

Another positive of LEDs is that they don’t contain any mercury. While cutting electricity use by switching from incandescent light bulbs to CFLs surely reduces mercury pollution from coal power plants, CFLs do contain a tiny amount of mercury, which puts some people off. LEDs, on the other hand, are a completely different technology and don’t require or contain any mercury.

Now that the cost of LEDs has come down so far, I think they will quickly grow in use and replace both incandescent and CFL bulbs. Since 2008, LED costs have fallen 85%, and we’ve gone from about 400,000 LED lights installed in the US in 2008 to approximately 20 million today, 50 times more! Join the LED revolution!

Air conditioning and heating are major electricity hogs for a large number of people. However, a big reason for that is simply because we’ve gotten lazy about adjusting to our environment, or even gone in the opposite direction.

How many times have you been somewhere on a hot day in which the air condition was on so high that you had to put on more clothes to warm up? It’s all too common, and maybe you even have the AC set in such a way in your home.

Give it some thought. Rather than paying a fortune to freeze yourself, or even to keep it cooler than your body really needs, lower your electric bill by simply raising your thermostat. Our bodies are made to adjust to our surrounding environment.

Let your body do its job. And if you want to go even further, turn on a fan to keep cool so that you can turn the temperature on the AC up even further, or can even turn it off altogether. Blowing air on yourself takes a lot less energy than turning hot air into cold air.

On the flip side is of course the use of heating. In reverse from the above, you can lower your electric bill (or your heating bill, if they are separate) by simply letting your body adjust more to a cooler environment, by putting on more clothes (rather than walking around in your underwear in the middle of winter), and by using a blanket from time to time.

4. Don’t Use Electricity When You’re Not Using It

Unfortunately, most of us keep things plugged in for hours or even days between the times we actually use them. This includes TVs, computers, DVD players, DVRs, Xbox and Playstation consoles, our air conditioning or heating (when we are out), toaster ovens, and much more.

These things are then using electricity even when you are not using them. I’ve read that DVRs and gaming consoles are especially electricity needy even when not in use.

Simply unplug these things when you aren’t going to use them for several hours or perhaps even days. (And, in the case of the AC or heating, turn it off when you are going to be out for awhile.) If you’re concerned this is too complicated for you, there are several energy-saving plugs out there that can help you to cut this standby electricity usage without you doing a thing.

5. Have An Old Fridge? Ditch It

Old refrigerators (like the one you might have in your garage) are huge energy hogs. If you’ve got one of these around “just because it would be a waste not to use it,” perhaps it’s time to realize that it is a waste using it. Get rid of it.

In fact, if you have multiple fridges of any age, consider scaling back to just one. Refrigerators are big energy consumers. They eat up electricity like Homer Simpson eats up donuts. Chances are, you need much less space in the refrigerator than you think. Look into it, give it some thought, and scale back.

If you just have one refrigerator but it’s really old, you may still end up saving money by upgrading to a new one. Look into it. Do the math. Or at least have a math-loving friend do it for you.

For the most part, new appliances and electronics are much more energy efficient. If you’ve got a really old ______, it may save you money to finally upgrade. This goes for TVs, refrigerators, computers, and much more. Naturally, of course, with an upgrade you also get a newer, better product. Who doesn’t love that?

Again, this option requires doing a bit of math to see if the new product or products is/are worth the investment. But a little math is fun, so give it a shot!

One upgrade you probably haven’t yet done and which is likely to save you a lot of money is getting a learning thermostat. These new thermostats are an excellent way to save a lot of electricity and money without doing anything.

A bunch of other upgrades you can incorporate to lower your electric bill can be found here and here.

Moving isn’t always the best option to solve your household problems, but sometimes it is. Moving into a smaller place or moving to a newer and more energy-efficient place could be a good solution for you.

Give it some serious thought. Moving can also provide you with an opportunity to make numerous life changes you’ve been waiting to make. It’s a great opportunity for starting fresh and doing a lot of things you’ve been putting off for too long.