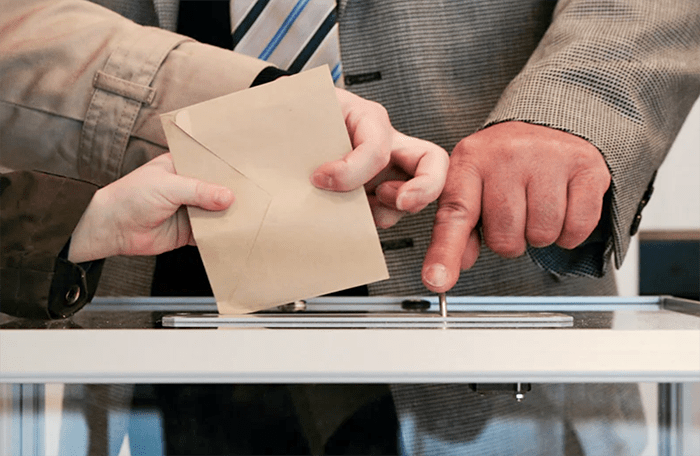 MIAMI, FL — With 820 out of 860 precincts reporting, Daniella Levine Cava and Esteban Bovo appeared to be headed to a Nov. 3 runoff election to decide who will become the next mayor of Miami-Dade County.

“We are celebrating 100 years of women’s suffrage,” Cava told supporters Tuesday night as the votes showed her nearly tied with Bovo in Florida’s most populous county of 2.8 million. “We’re on the verge of making history again, this time to elect the first woman to be mayor of Miami-Dade County.”

Polls throughout Florida closed at 7 p.m. Tuesday after heavier than normal turnout, possibly even equal to a presidential election, according to election officials.

Incumbents Charlie Crist, Donna Shalala, and other members of Congress are waiting to see whom they face in the Nov. 3 general election.

“As of 11 a.m. we had more than 24,000 people who had already voted between 7 a.m. and 11 a.m.,” shared Robert Rodriguez, assistant deputy supervisor of elections in Miami-Dade County, which includes Miami and Miami Beach. “The amount of voter mail ballots that were requested were on par with presidential elections what we’ll see in November.”

Voters chose a number of important elected offices, including congressional seats, county commissions, state attorneys, sheriffs, and mayors among others.

Coronavirus fears and the convenience factor were likely to have driven more than 2.77 million Floridians to vote early, either by mail or at one of the state’s early voting locations, according to data released by the state Division of Elections as of Tuesday morning.

Ballots were mailed to the president and First Lady Melania Trump at the Mar-a-Lago resort, which Trump lists as his legal address. The first couple previously voted by mail for the presidential preference primary in March, according to records.

In Miami-Dade, Bovo and Levine Cava — both longtime members of the Miami-Dade County Commission — were vying to replace Carlos Gimenez, who is term-limited.

The top two candidates on Tuesday were to face off again on Nov. 3 unless one candidate received 50 percent plus one vote on Tuesday, which was unlikely.

Gimenez was leading with 59.97 percent of the vote compared to 40.03 percent for Blanco.

Former Florida Gov. Charlie Crist will take on the winner of Tuesday’s primary to hold onto his 13th congressional district in the November election.

Franklin was ahead with 51.3 percent of the vote compared to 48.7 percent for Spano.