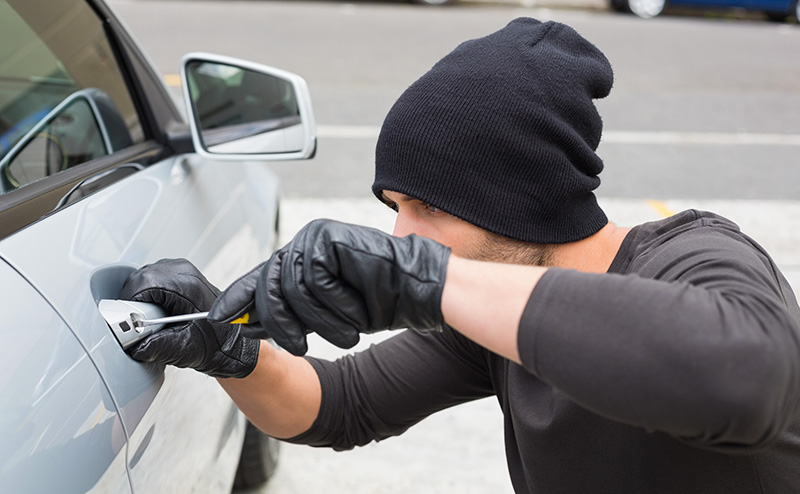 DETROIT, MI – You might want to double-check that you locked your car when parking in Detroit, where more vehicles are stolen than anywhere else. That’s according to a new report published Friday from the financial news and opinion site 24/7 Wall St., which crunched vehicle theft rates in each metropolitan statistical area in the National Insurance Crime Bureau’s “2019 Hot Spots Vehicle Theft” report.

Detroit had Michigan’s highest vehicle theft rate at 301 per 100,000 residents, the report said. In all, 12,398 vehicles were stolen in the metro area. The authors also found that Chevy Impala was the most stolen vehicle in Michigan.

The authors noted that where you live can greatly increase or decrease the odds your vehicle is stolen, and nowhere illustrates that better than Albuquerque. If you’re planning on taking a road trip to New Mexico’s biggest city, be extra cautious — Albuquerque has the highest vehicle theft rate of any in the report at a whopping 1096.8 per 100,000 residents. That’s more than four times the national average of about 237.4 per 100,000 residents.

The national rate stayed pretty much the same from 2016 with just over 773,000 vehicles stolen across the country. The authors noted that most of the top 50 cities on the list had lower poverty rates, higher education levels and higher household incomes than the rest of the state.

The National Insurance Crime Bureau says many car thefts are carried out by organized crime rings rather than random strangers. Furthermore, some cars are simply more likely to be targeted than others — and we’re not talking about Lamborghinis and Ferraris.

“While expensive exotic cars may seem like the most efficient way to a large payout for a criminal, common cars like Honda Accord, Honda Civic, and Chevrolet and Ford pickup trucks are by far the most stolen vehicles in America,” noted 24/7 Wall St. “This is especially true of older models without modern security features.”

Fortunately, it’s not all doom and gloom. Vehicle thefts have fallen dramatically over the past 25 years since peaking at 1.7 million in 1991 — 46 percent, in fact according to the FBI. The NICB attributes the drop to the efforts of law enforcement agencies as well as anti-theft programs and better technology, among other things.

Despite that trend, industry experts caution that car thieves can be wiley and caution that they could turn to “new and sophisticated” means of stealing your car, such as by obtaining smart keys that would allow them to start a car without any hot-wiring. Case-in-point: the number of vehicles stolen with the key or keyless entry device left inside by the owner actually climbed 22 percent in 2015 to more than 57,000, according to the NICB