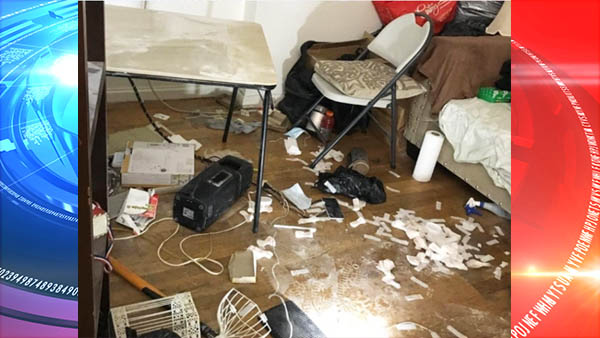 Christian Rojas, 44, allegedly flung loose fentanyl at a Strike Force officer who burst into the living room of 304 Willis Ave. on Nov. 7, according to federal prosecutors.

Four officers inhaled the drug — a highly addictive synthetic opioid — and two were hospitalized after one fainted and another found difficulty breathing, prosecutors said.

The cops found six other alleged dealers, heroin, fentanyl and nearly 20,000 glassine envelopes in the apartment that sits across the street from P.S. 49 on Willis Avenue and East 140th Street, said, prosecutors.