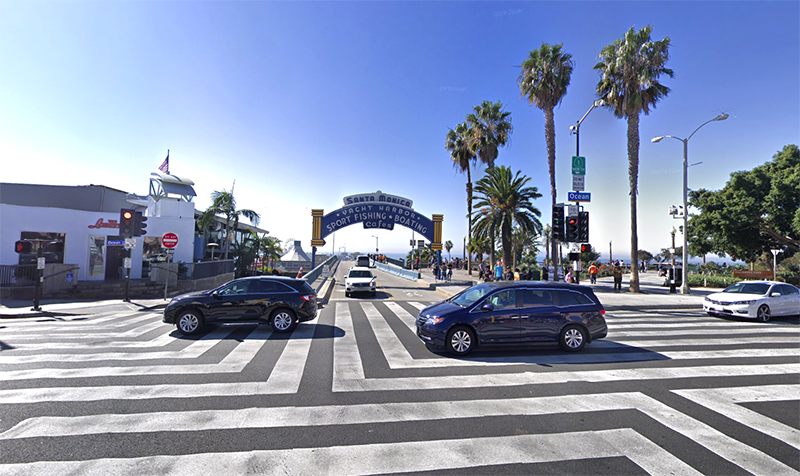 SANTA MONICA, CA – Police sought the public’s help Tuesday in identifying a bicyclist who shot and wounded a woman after being confronted by a driver and the victim in Santa Monica.

A male driver and female passenger in a car got into an argument with the suspect, believed to be a man in his 40s, Rodriguez said.

“The altercation escalated and the suspect produced a handgun from a saddlebag attached to the bicycle,” the lieutenant said. “The suspect fired several rounds upwards in the air and at the victims’ vehicle.”

The victims drove to a hospital, where the female was “treated for minor injuries from a bullet strike” and released, Rodriguez said.

The suspect is described as white or Hispanic with long hair in a ponytail. He was unshaven, wore a long-sleeved flannel shirt and was riding a dark-colored bicycle with rear saddlebags and a small white dog in one of the saddlebag pouches.

A red food delivery-style bag was attached to the rear of the bike. Anyone with information about the gunman was urged to call (310) 458- 8432 to speak with Detective Haro.