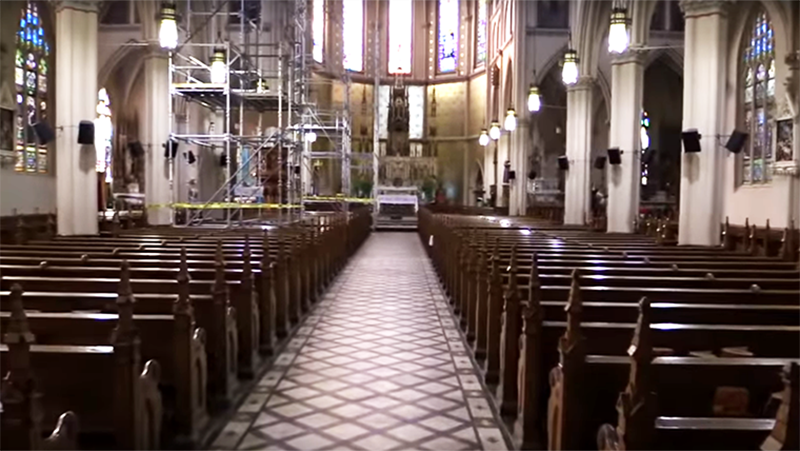 A priest who is said to have called suicide a sin and questioned whether a young man would enter heaven because he died by suicide will not preach at funerals for the “foreseeable future,” the Archdiocese of Detroit said.

But when the Rev. Don LaCuesta delivered his homily, the couple “couldn’t believe what he was saying.”

“He was up there condemning our son, pretty much calling him a sinner,” Jeff Hullibarger told the Free Press. “He wondered if he had repented enough to make it to heaven. He said ‘suicide’ upwards of six times.”

At one point, Hullibarger told the priest to stop but he continued to preach, according to the Free Press. The couple also told the priest he was not welcome to the burial afterwards.

In a statement to the Free Press and other media organizations, the Archdiocese of Detroit said LaCuesta would not preach at funerals for the foreseeable future and his other homilies will be reviewed. The statement also said LaCuesta “has agreed to pursue the assistance he needs in order to become a more effective minister in these difficult situations.”

The parents say they want the priest removed entirely so he doesn’t hurt others.

Hullibarger’s obituary said he was a student at the University of Toledo and was “loved deeply by all who knew him.” The obituary listed his interests as the NFL, the Pittsburgh Steelers, video games and hanging out with his friends.