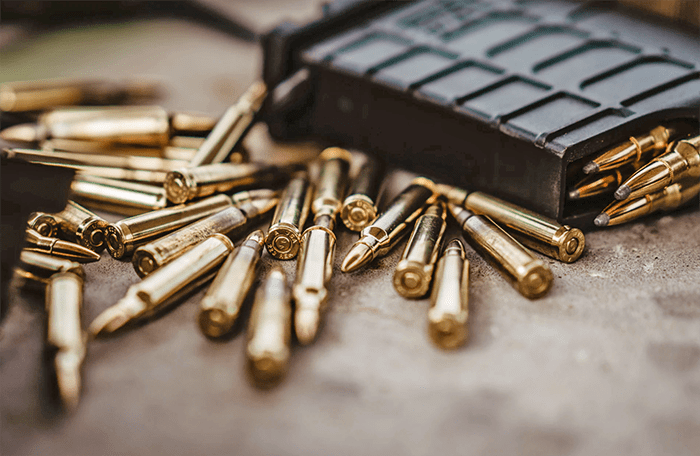 EDMONDS, WA — According to the Edmonds Police Department, the man suspected in a triple shooting at a shopping center Tuesday shot his estranged wife and two of her co-workers. The department held a news briefing Wednesday afternoon outlining the initial information investigators have learned, joined by Edmonds Mayor Mike Nelson.

“I am sickened by the abusers who torment and prey on their family members,” Nelson said. “In Washington State last year, 42 percent of all killings were from domestic violence. This is a tragic reminder of the real and present danger posed by domestic violence abusers.”

Sergeant Josh McClure, a police department spokesperson, shared an updated picture of what happened Tuesday, based on what detectives were able to learn in less than 24 hours.

McClure said the first victim is a 24-year-old woman from Mountlake Terrace who had recently left her husband. She suffered gunshot wounds to the face and remains in serious condition at the hospital. The second victim, a 20-year-old woman from Mountlake Terrace, was shot multiple times and died from her injuries at the hospital. Police said the third victim, a 23-year-old man, was shot in the legs and torso and is in stable condition.

According to investigators, all three worked at the Boo Han Market, and the woman who died was also roommates with the shooter’s estranged wife. The third victim was the roommate’s boyfriend.

A detective who spoke with the shooting suspect’s wife learned they had separated a few days earlier. Police said he threatened to shoot her both the day before and the day of the shooting.

During the news conference, McClure noted that October is Domestic Violence Awareness Month and urged anyone in an abusive situation to “trust their gut,” seek help and contact law enforcement.

“When a victim wants to leave a relationship, that is the most volatile time for something like this to occur,” McClure said. “As this incident points out, even asking for help or having a support system around you can put those that you are relying on on in danger, which makes these things all the more complicated.”

Detectives are still determining whether any concerns were previously brought to the police in Mountlake Terrace. McClure said the shooting suspect legally purchased the weapon used in the shooting a few weeks before and had a valid concealed carry license.

Among the four officers that first arrived at the scene, one was still in-field training and two others had worked solo only four days. McClure said the three rookies, along with their field trainer, quickly began life-saving measures using skills from a newly-implemented combat first aid training program. The student officer had 15 years of experience as an emergency room technician at Swedish Edmonds, McClure said.

The officers reported a chaotic, busy shopping center with multiple witnesses who spoke languages that required an interpreter. Initially, police had only a simple description of the suspect and were searching for a white Toyota.

After learning the suspect’s identity, detectives made contact with his mother. Police said she later called them back and said she and her son were at the Everett Police Department’s South Precinct. Edmonds officers met them there and took the suspect into custody without incident.

Police later located the suspect’s vehicle at his home and seized it, along with two guns, to process for evidence.

The suspect has a first court appearance in Snohomish County Wednesday but is yet to be formally charged. Police said the investigation is in its earliest stages, and they expect a long timeline to piece together all the elements.