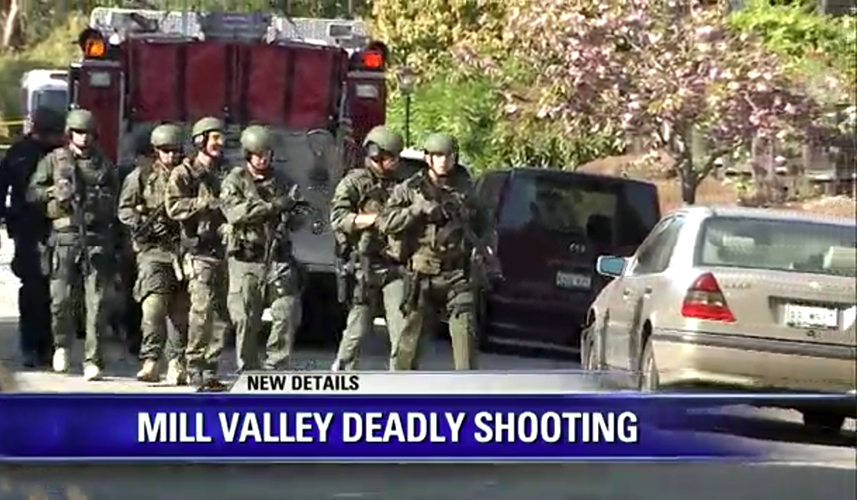 The Marin County Sheriff on Friday said the possible motive in the double shooting in which a woman was killed and elderly shooting suspect ended up killing himself is a tenant-landlord dispute.

Family members identified her injured father as 84-year-old Leonard Lew, the landlord of the property.

The dramatic scene disrupted the typically quiet Mill Valley, when deputies responded to the shooting at around 3:20 p.m. where they found a man and a woman suffering from gunshot wounds.

At 5:45 p.m. police announced that Lugo was found dead inside an apartment. They believe he died from a self-inflicted gunshot wound. A revolver was found nearby.

Alfonso Diaz says he, his wife and daughter had just moved to an apartment several doors away from the shooting,

“They’re really like, all shaking,” Dias said of his family.