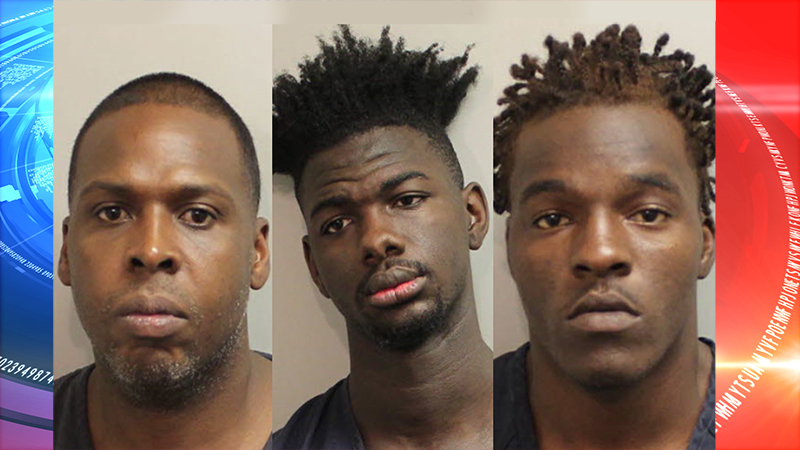 TALLAHASSEE, FL – Three men are facing charges in connection to a string of armed robberies in Tallahassee.

Henry Johnson, 38, Travis McCray, 18, and Keondrez Woods, 19, are each facing five counts of robbery with a firearm.

Johnson was already in jail after being arrested last week in connection to two other armed robberies in Tallahassee this month.

Woods was also in jail, charged in a June 12 shooting on Roberts Avenue that sent two people to the hospital.

According to arrest documents, investigators used surveillance photos and suspect interviews to connect the men to a series of armed robberies on June 15 and 16 at several gas stations around Tallahassee.

All three suspects remain in the Leon County Detention Facility.