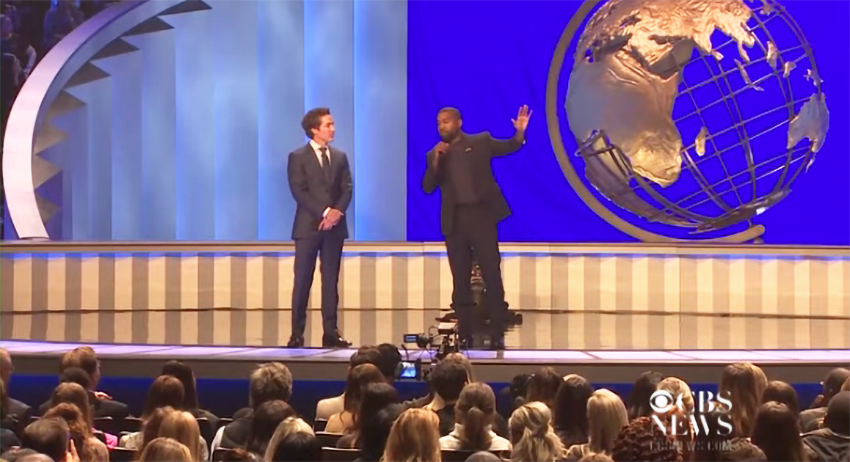 HOUSTON, TX — Kanye West was before an audience of thousands on Sunday morning. Instead of performing his music in a sold-out arena, he was addressing the congregation at Joel Osteen’s Lakewood Church in Houston.

“At my lowest points, God was there with me,” Kanye told the congregation. “I remember sitting in the hospital at UCLA after I had a mental breakdown” and drawing pictures of a church.

“Start a church,” he said he wrote on one of the pictures.

West, who was accompanied by his wife, Kim Kardashian, and their daughter, North, spoke for about 20 minutes. His appearance was a warm-up to a Sunday evening conversation with Osteen.

The musician, who has named his latest album “Jesus is King,” has recently been speaking out about embracing Christianity.

While West spoke of having turned a corner and approaching life differently, he also showed that he has not completely abandoned the sense of grandiosity long associated with him.

“The greatest artist that God has ever created is now working for him,” West said Sunday, referring to himself.

West will be back at the church on Sunday at 7 p.m. Central Time. You can watch here on the church’s YouTube channel.