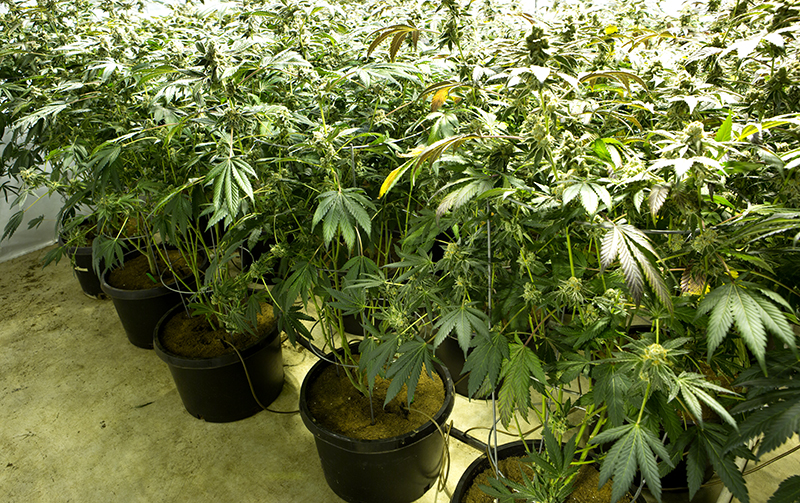 Detectives tallying up how much pot was seized said it was at least 2,500 plants in various stages of growth.

Eight people were arrested and five children, the youngest a pre-teen, were placed with Child Protective Services.

Warrants were served simultaneously at 6 a.m. to homes in the:

“The houses were all owned by different people but they are all connected,” police spokeswoman Loretta Cool said.

None of the houses was licensed marijuana operations, according to the Washington State Liquor and Cannabis Board.

At least four people were booked into the Pierce County Jail on suspicion of unlawful manufacturing of a controlled substance, using a building for drugs, money laundering and conspiracy.

The organization was selling the pot for $2,000 a pound in Washington state, or $4,000 a pound out of state, authorities said.

Police first became aware of the operation in early April when someone reported a burglary at their neighbor’s house.

Officers determined someone had broken into the home, and discovered the house had been converted into a grow operation.

They then found the people connected to the house were “associated with a number of houses in the area,” Cool said.

The Pierce County Sheriff’s Department, federal Bureau of Alcohol, Tobacco, Firearms and Explosives, the FBI, the Drug Enforcement Administration and state liquor and cannabis board helped serve the warrants.