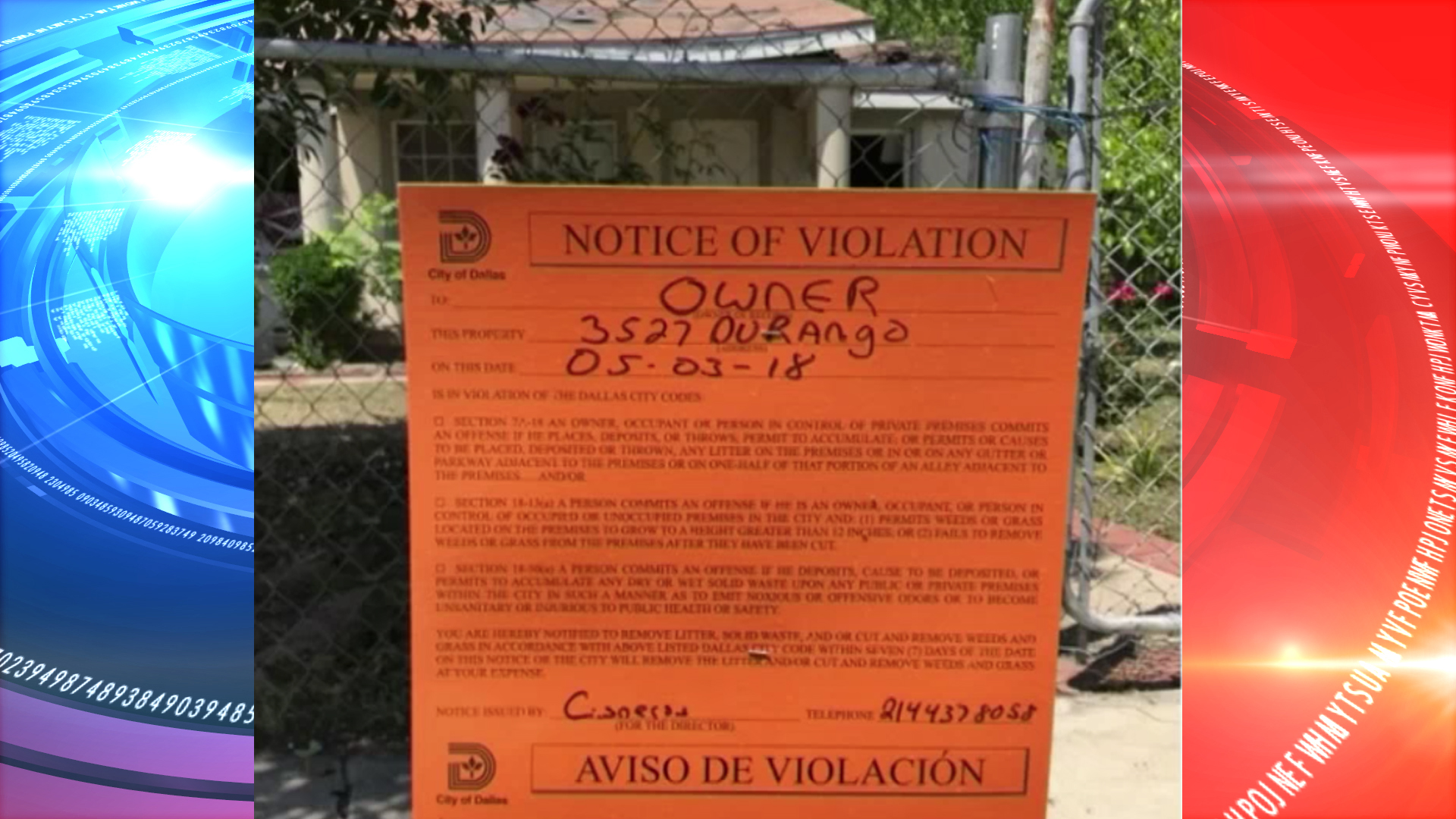 DALLAS, TEXAS – A Northwest Dallas home where a natural gas explosion injured a resident has been warned by the city for a code violation.

On Feb. 21, the man living at the home was thrown several feet after his heating and AC unit exploded, causing second-degree burns. While he recovered from his injuries, and because of an ongoing investigation into the explosion, he has not been allowed to return to the house.

Months after the explosion, the city of Dallas code compliance inspector issued the homeowner of 3527 Durango a violation, stating the owner needed

After news outlets contacted the city of Dallas, a spokesperson said a code compliance inspector wanted to notify the homeowner that they were in violation, but because of the sensitive nature of the case they were not going to issue a citation.