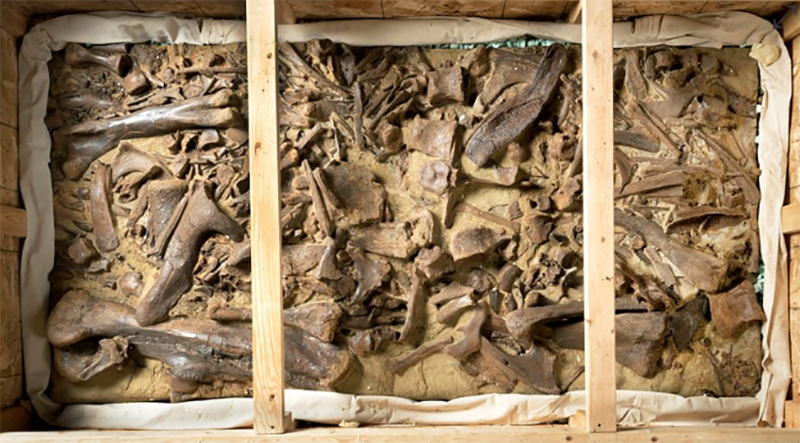 DENVER – The Denver Museum of Nature and Science is celebrating its largest-ever donation of dinosaur fossils: more than 6,000 bones from the ancient Edmontosaurus of eastern Wyoming.

The bones – which include, skulls, vertebrae and other limbs – have been collected from private land over several years by the Hankla family of Danville, Kentucky.

Needless to say, staff at DMNS are overjoyed at the donation.

“These fossils are spectacular!” said Joe Sertich, curator of dinosaurs at the Museum. “The donation is one of the largest collections of dinosaur bones from a single bone bed and includes skulls and other remains from dozens of individuals. It will allow us to study how dinosaurs changed as they grew and how they varied within a single population.”

The Edmontosaurus was a duck-billed herbivore that roamed western North America at the end of the Cretaceous Period between 66 and 68 million years ago.

These dinosaurs could grow to be more than 40 feet long!

The fossils in this donation came from a massive bone bed where the animals were likely buried by a sudden flood event in eastern Wyoming nearly 67 million years ago.

Oftentimes when fossils are discovered on private land – as is the case with these bones – the remains can be scattered to collectors around the world.

Instead, these 6,000 fossils will join other Cretaceous dinosaur remains at the Denver Museum of Nature and Science – including those recently found at a work site in Thornton.

More than 6,000 bones of Edmontosaurus from eastern Wyoming were donated to the Denver Museum of Nature of Science. The collection includes skulls, vertebrae and limbs from dinosaurs of varying ages. 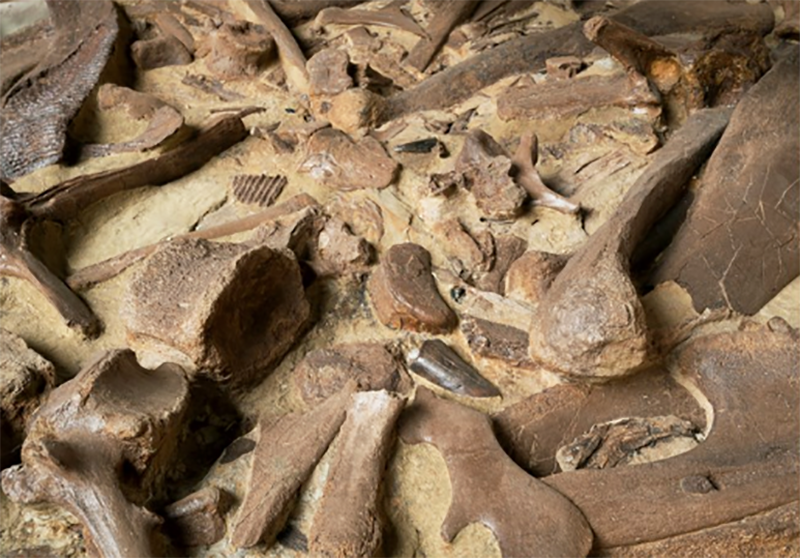 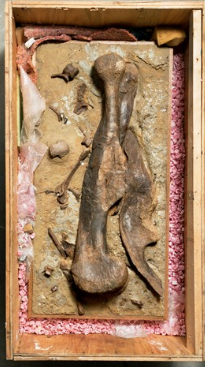 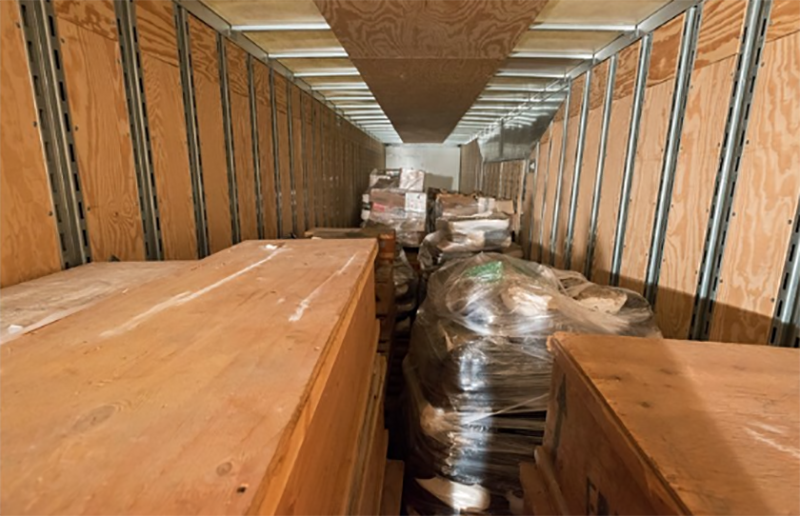