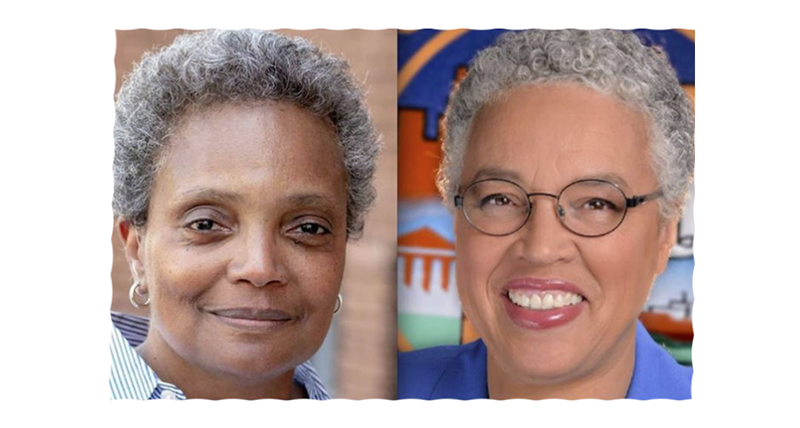 CHICAGO, IL — Chicago will elect its first African-American female mayor in its runoff election. Toni Preckwinkle and Lori Lightfoot came out on top in the race — Bill Daley, who was in third place, conceded and congratulated the two frontrunners.

The number of candidates running to be Chicago’s next mayor was one of the largest in the city’s history.

Chicago’s population is 51 percent female and 33 percent black, so it’s been a long time coming.

Before Mayor Rahm Emanuel announced last year that he wouldn’t seek a third term, more than a dozen candidates had already stepped forward to take him on, and there were 14 candidates on the ballot for Tuesday’s election.

Under election law, if no candidate receives more than 50 percent of the vote, voters have to cast their ballots again for the top two candidates in the runoff election.

Lori Lightfoot, former president of the Chicago Police Board, has held various roles in municipal government. Lightfoot was appointed by Emanuel to head the police board in 2015, and to chair the Police Accountability Task Force in 2016 following the shooting of Laquan McDonald.

Lightfoot also served as chief of staff for the city’s Office of Emergency Management and Communications in 2005. She’s been working as a partner at Mayer Brown LLP.

Rob Fojtik, Lightfoot’s chief of staff, said her team tried to be “cautiously optimistic” over the past few weeks after polls came out in her favor.

“…on the ground, we had over 1,700 volunteer hours the last three or four days here — I don’t think a lot of other campaigns can say that, so coming into it we felt a lot of momentum,” Fotjtik said.

He noted that Preckwinkle and Lightfoot are very different candidates.

“Quite honestly [they’re a] a very stark contrast — someone who’s been a machine boss for decades for now, who maybe started her career as a progressive alderman but certainly has become the face of ‘the machine;’ and Lori Lightfoot, who isn’t tainted by that and actually wants to promote an open and transparent government, and not just the clout interests.”