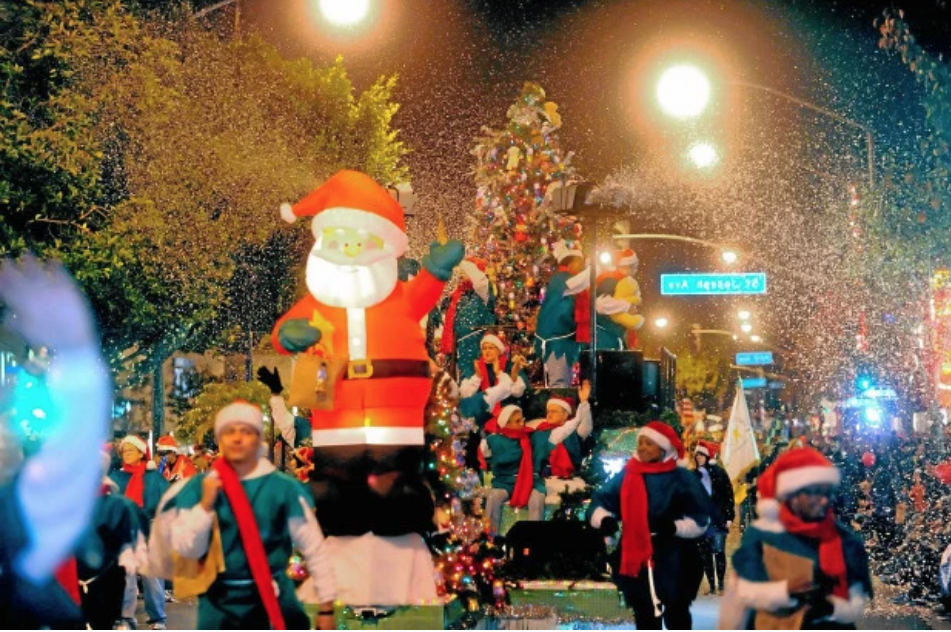 This town is loaded with parades this time of year. It seemingly always has been. Consider that the Belmont Shore Christmas Parade is stepping off on Saturday for the 35th year, and it’s still sitting at the kids’ table when it come to hosting an event featuring city councilmembers riding in vehicles and waving to crowds of loving constituents.

The Shore parade is almost three decades behind the Daisy Avenue Christmas Tree Lane Parade, and it’s a grandkid of the Naples Island Annual Holiday Boat Parade which, at 71, needs to be carefully watched because it keeps leaving the stove on.

This Christmas’ parade season begins, as always, with the wildly popular Belmont Shore Parade, which packs both sides of Second Street and the islands in the middle of the street with throngs of spectators.

Sponsored by the Belmont Shore Business Association, this year’s parade is a marathon event going from 6 to 9 p.m. Saturday. This year’s edition is themed “Christmas in Paradise,” so look for a lot of Reyn Spooner Hawaiian Christmas shirts in the crowd.

Your Grand Marshal this year is five-time Olympic medalist Tony Azevedo, of Wilson High and Stanford University, considered to be pretty much the best water polo player who ever lived. He’ll be joined by more than 100 parade entries, including floats, marching bands, local personalities and dignitaries — and we’ve already mentioned council people.

Some rules for you to follow: You can’t leave your stuff (chairs, blankets, tables, coolers. You know: your stuff) on the curb or median to reserve your spot until 5 p.m. If you do, they’ll be removed and hauled off to the Bay Shore Library, where  you can pick them up later when you learn how to behave yourself. The side streets running off Second Street will be closed at 2 p.m., and Second Street will be closed at 5 p.m.

The other, more elderly parades, are going head-to-head this year, as is often the case. There are a hundred weekends in December and Daisy Lane and Naples always seem to battle it out. for the second Saturday of the month — Dec. 9 this year.