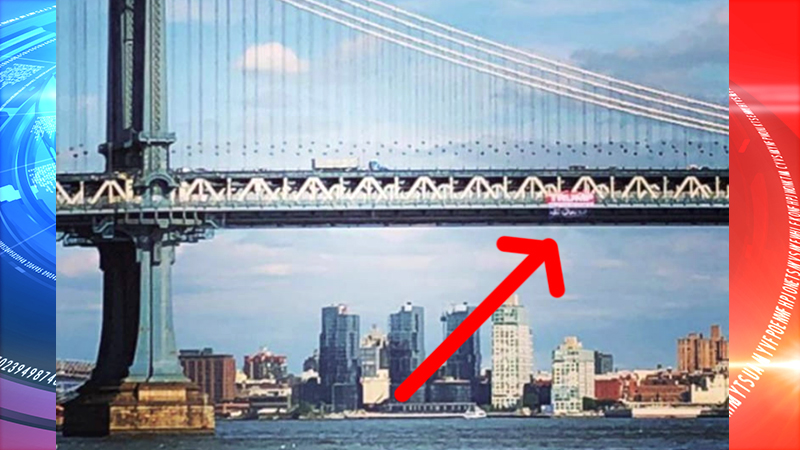 The apparent presidential supporters took down the 12-foot-by-20-foot banner and were taken into custody and brought to the 5th Precinct in Chinatown, a police spokesman said.

The banner was unfurled just after Trump’s visit to New York for the United Nations General Assembly. He returned to Washington, D.C. Thursday morning.

“Thank You #NYPD for taking down this abomination in less than ten minutes!” @Dutchmazz wrote on Instagram, where they posted a photo of the banner.

Thank You #NYPD for taking down this abomination in less than ten minutes! #ManhattanBridge #EastRiver #NYC #NewYorkCity