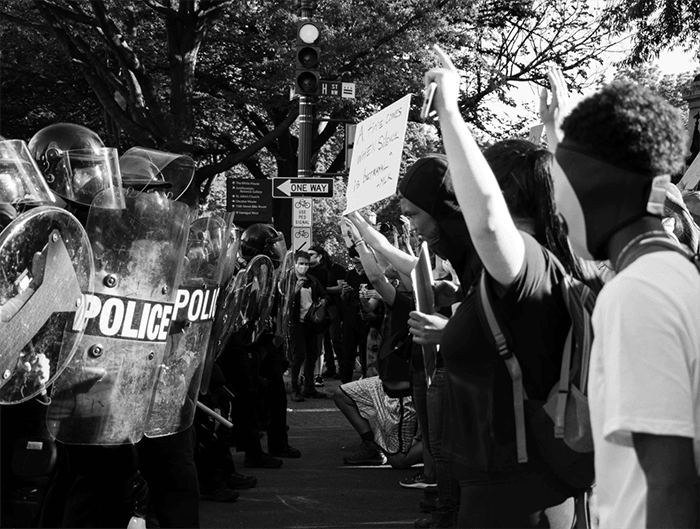 NEW YORK, NY — City and state officials are warning that mass protests in New York City could create a spike in the coronavirus pandemic, just a week before the city is set to begin reopening.

Both Mayor Bill de Blasio and Gov. Andrew Cuomo said Monday they are concerned that gatherings of thousands of New Yorkers to protest police brutality following the death of Minneapolis man George Floyd could exacerbate the spread of the coronavirus in the city.

“There’s a real danger this could intensify and spread the coronavirus,” the mayor said Monday. “We would beseech everybody, you have made your point, it’s time to stay home.”

Days of protests have gripped Brooklyn, New York, and the nation following the death of Floyd after a police officer — who has been charged with murder — knelt on Floyd’s neck. More protests were planned for Monday.

Cuomo said the large gatherings could backtrack the progress the city has made in fighting off the coronavirus. New York City, the epicenter of the pandemic, is set to begin to reopen June 8.

“We spent all this time closed down, locked down…and then you turn on the TV and you see these mass gatherings that could potentially be infecting hundreds and hundreds of people,” Cuomo said. “What’re we doing here?”

But the governor — who said he agrees with the outrage of the protesters — took a slightly softer approach to limit the gatherings.

He argued that protesters can continue, but need to “be smart” about preventing the spread of the coronavirus.

New York’s Commissioner of Health Dr. Howard Zucker echoed Cuomo by saying protesters need to social distance “as much as possible.” Both officials said any spike of the coronavirus caused by the protests likely won’t reveal itself for another few weeks.

Cuomo added that the spike will be significantly less than if the protests happened earlier in the crisis or when cases were at their peak. As of Monday, there was only a 2 percent positive test rate across the state, the lowest it’s been since the coronavirus began to spread in New York, he said.

“This was the best time for it to happen since this whole thing has started because the infection rate is down,” he said. “The second positive factor is they were younger people…and many people were wearing masks.”