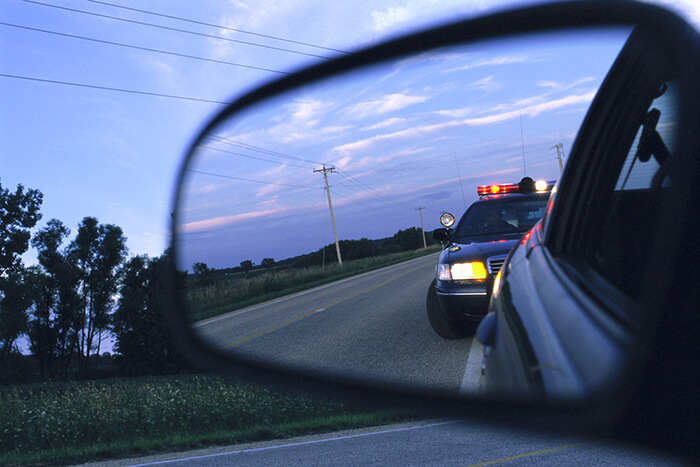 LOS ANGELES, CA — Authorities chased a pair of suspects in a high-speed pursuit spanning several freeways and counties. After the more than two hours of pursuit, the pair ditched their car, got into another vehicle and eventually caught by Los Angeles sheriff’s deputies in the Norwalk area.

The chase, which exceeded 100 miles per hour, began in Upland with a traffic infraction, according to Fox11 News. The California Highway Patrol followed the dark sedan along the 5 Freeway in the Bellflower and Whittier area, on the San Gabriel River (605) Freeway and the Long Beach (710) Freeway.

The driver, who has a passenger in the front seat, led police from Upland through several South LA County cities. The passenger appeared to be filming the chase with a cell phone. CHP units pulled back due to the suspect’s reckless driving. They continued following the car with a helicopter.

Both the passenger and driver got out of the vehicle repeatedly and attempted to get into parked cars that were all locked. At one point, a man walked up to the sedan and handed the driver a bag.

As of about 2 p.m., The California Highway Patrol began re-engaging in the pursuit, and the suspect briefly got off the northbound Long Beach (710) Freeway, then got back on.

Then both the driver and his passenger got out of the car and fled on foot, getting into another black sedan as passengers. After riding in the back of that car along city streets in the Norwalk area, they got out when a police car pulled up behind the sedan. The pair tried to run briefly, but we caught and handcuffed after falling to the ground.

Police continued to investigate, detaining the driver who picked up the two men.