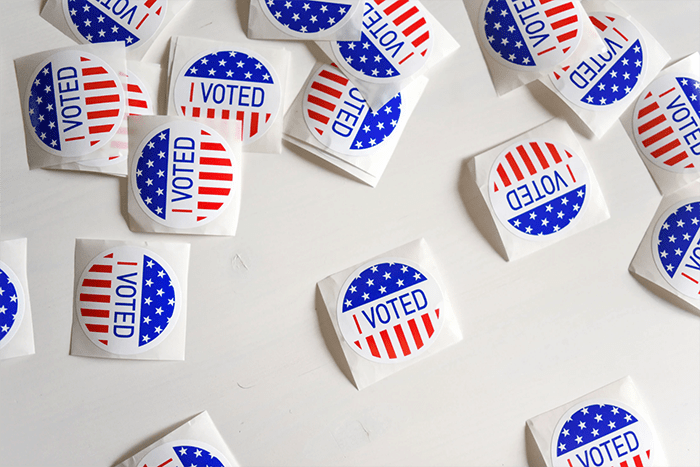 CHICAGO, IL – From the moment that rapper Kanye West submitted nearly 3,200 signatures to the Illinois Board of Elections last week to have his name included on ballots as an independent candidate for President, Chicago attorney Pericles Abbasi had his doubts.

As it turns out, he isn’t alone.

West, who has also filed for ballot inclusion in New Jersey and Oklahoma, is facing objections in two states surrounding the validity of signatures that were submitted by his campaign at the time of filing.

In Illinois, at least two challenges – including one filed last week by Abbasi on behalf of Alvin Boutte, the CEO of Bronzeville Academy Charter School – will begin this week when signatures will begin to be evaluated to determine if West’s name appears on the final ballot in November in his home state.

On Sunday, TMZ reported that West has hired a company, Let The Voters Decide, to collect signatures in Ohio, West Virginia, and Arkansas in an effort to get his name on the ballot in those states. Ohio has a filing deadline of Wednesday.

Patch reported last week that West’s campaign paid $10 a signature to get the Chicago native who attended high school in Oak Lawn to the 2,500 required signatures he needed to collect in order to file. And while West exceeded the number of signatures he needed, Boutte started to discover some issues when he took a closer look, which has led to the legal objections.

Between gaining signatures of people who aren’t registered to vote in Illinois to signatures not matching up with those listed on voter rolls, Boutte determined that more than half of the signatures from Chicago and suburban Cook County do not pass muster. According to Abbasi, the discounted signatures will likely put West’s total at around 1,500 – well short of the number required to appear on the ballot.

“In my experience, when you pay people to get you signatures really quick, they’re going to get really bad signatures,” Abbasi told Patch on Sunday. “And that’s what happened here….there was no quality control. They were going for volume.”

Many of the signatures appear to have been created by the same person, Salmon maintains in an effort that the attorney refers to as being “egregiously” fraudulent and to a degree, insulting. Salmon, like Boutte, has also raised concerns with West’s mental state. West has previously stated on social media he suffers from bipolar disorder.

“The odds that 30 people in a row from all over the state would have a little circle (above) the I’s is a little hard to believe,” Salmon said, according to reports.

Initial case management will take place Monday morning for West’s Illinois filing when the Board of Elections will assign the case to a hearing officer. A records exam will take place in the coming days as well as other objections in the case, which will ultimately result in each of the signatures being examined to determine if they are legitimate, Abbasi said.

Abbasi said he plans to file challenges that the signatures were not notarized in Illinois and that West has not listed a running mate for his campaign.

If West’s signature total does not meet the 2,500 minimum needed, he will not appear on the ballot, which Abbasi anticipates being the case. As of now, Abbasi said he has not heard whether West will have legal representations appear on the Zoom call with the Board of Elections, which is scheduled for 10:30 a.m. Monday. If not, the process of determining West’s eligibility, Abbasi said, could be a short one.

But even before he filed the objections on Boutte’s behalf, Abbasi said that the way West has gone about his business since announcing he will run for President in a tweet on July 4 has raised eyebrows.

While many candidates go door-to-door seeking signatures using voter rolls to determine who is registered and to match voters with their mailing address, West’s campaign use of paid circulators at high-traffic areas like outside grocery stores or CTA train stations seemed concerning. So when Boutte began noticing discrepancies in the signatures West submitted, Abbasi was not surprised.

Rather than using the 90-day period that is allowed for signature collections, West’s campaign rushed over two days to meet the filing requirement. While paid circulators will sometimes turn in two to three times the number of signatures needed,

West’s efforts garnered just more than 700 beyond the 2,500 minimum, which again raised red flags in Abbasi’s mind, which could mark the end of West’s campaign hopes in Illinois.