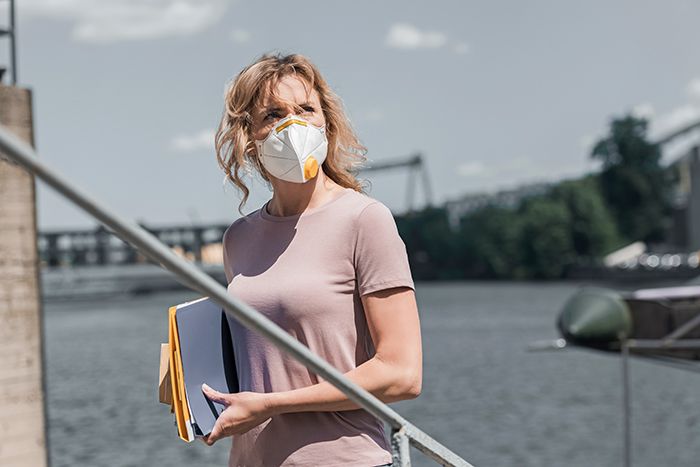 “We don’t have too many tools left in our kit, and we don’t want to be forced to return to a shelter-in-place order that proved so economically devastating,” Miami Beach Mayor Dan Gelber said in a video to residents.

Under the order, masks must be worn at all public spaces and places — both indoors and outdoors — where it is not possible to social distance.

A similar mask order took effect in the city of Miami last week.

“Our city has required masks since early April indoors, and in some places outdoors,” Gelber said. “We will now require people who are not socially distancing to wear masks everywhere, including condo common areas and hotels.”

Gelber said the “overwhelming medical opinion” is that masks can substantially reduce transmission of the deadly illness.

Dr. Glenn Morris, director of the emerging pathogen institute at the University of Florida, appeared on the video with Gelber to make the medical case for masks.

“It’s critically important in closed spaces or crowds, inside stores, inside businesses, but outside as well,” the doctor said. “There are times that social distancing is not possible, and wearing a mask outside further reduces the chances of virus transmission.”

Morris said face shields alone are not as good as wearing a mask but better than nothing. The doctor said he was not certain the mask order alone would be able to stem the rising tide of new cases.

“Masking alone is probably not going to be enough to turn around the current surge in cases that we’re seeing, but it’s a critical element that you can contribute to the effort to control what is proving to be a very deadly disease,” the doctor said.

City officials have increased the capacity at Miami Beach Convention Center testing site to 1,000 tests per day and opened up a walk-up center next to Miami Beach Police Headquarters on Washington Avenue.

“Getting tested is a good idea. It allows health officials to figure out who may have been infected and advise them, and those around them to quarantine, thus limiting the spread of the virus,” the mayor said.

People who violate the mask requirement may receive a warning or $50 fine. “This should make it easier for our police to enforce these rules,” the mayor said.

Ambassadors will be handing out free masks in congested areas of the city. The order exempts children under the age of 2; people who have trouble breathing due to chronic pre-existing conditions; people who cannot wear a facial covering as a result of a disability or in places where federal or state safety or health regulations prohibit the wearing of facial coverings.

People who are “actively consuming food or beverage” do not have to wear a mask while they are doing so, or in the case of people who are receiving medical or grooming treatments to the face, head or mouth for which the temporary removal of the facial covering is necessary to perform the service.

The order also exempts people who are engaged in strenuous physical activity (which may include walking for exercise, jogging, running or bicycling.

People working in a profession where the use of a facial covering is not compatible with the duties of the profession; and people who are hearing-impaired or have difficulty communicating with an individual who is hearing-impaired are not required to wear masks.

In addition to the mask order, all food establishments that are licensed to serve alcoholic beverages must halt sales of alcohol for on-premise consumption between midnight and 6 a.m. Hookah lounges must remain closed.

“Any violation of the city’s emergency measures may subject the individual, operator, business entity, or organization to arrest and criminal prosecution pursuant to Section 26-36 and Section 1-14 of the City Code,” city officials warned. “Furthermore, any violation of the provisions of this order may subject an operator, business entity, or organization to the closure of the establishment for a period of at least 24 hours, or through the duration of the state of emergency.”

Gelber said the city is also considering a curfew. He stressed there is nothing political about wearing facial coverings.

“I don’t know the politics of the 13 seniors who were living in a nursing home here in South Beach, and who recently perished from COVID-19,” Gelber said. “I just know the disease found them and took them from their loved ones.”