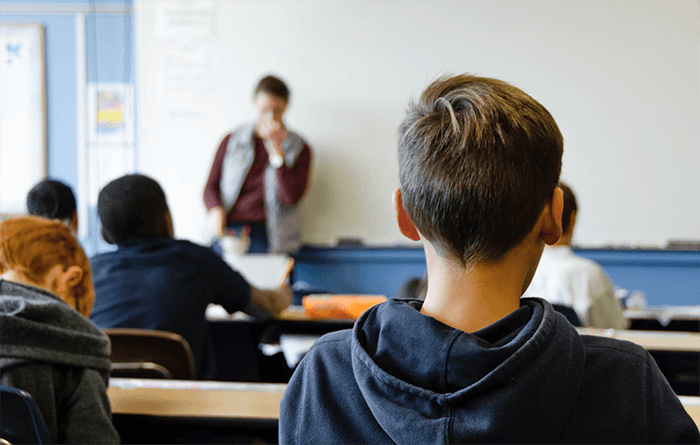 BOSTON — Parents doubled as teachers this spring when schools across the country closed due to the coronavirus pandemic. As the 2019-2020 academic year came to a close, parents, teachers, and students awaited the arrival of guidelines for the following year’s learning plan. Last week, Massachusetts unveiled three possibilities for school next year: in-person instruction, hybrid, and remote learning.

Parents are split on what the best option is for their children, with concerns ranging from the psychological challenges of being stuck at home to the possibility of super-spreader outbreaks in school buildings.

When Emily Holler heard about the three different plans for school reopening, she was thrilled with the option that allowed students back into the classroom. Her son, a rising first-grader at Thompson Elementary School in Arlington, sobbed when his mom told him that he wouldn’t be returning to school this past spring. Holler said her son is a sensitive boy who loves learning and being apart from his classmates and teacher has been hard.

She took a highlighter to the guidelines and carefully read through to make sure that she wasn’t missing anything. She said kids need the socialization and structure of being in school, and she has been pushing for an in-person return.

“We watched our son, who has always been at his best when he’s in a school environment because he loves to be around people and he loves to learn,” she said. “He’s always been very, very involved in the school. We watched his spark fade out and it was heart-wrenching.”

Holler’s son told her how bored he is with remote learning, and asked his pediatrician at a recent checkup if he could get a vaccine for COVID-19. He’s said that he just wants to know when this will end. Holler said she and her husband, Chris, have decided not to talk to their son about school reopening until it’s closer to happening.

Holler said she understands why people might be hesitant about using masks, and she’s seen parents at the playground who need to constantly remind their children to keep their masks up. Her son will wear his mask when he’s asked to and seldom complains — Holler thinks it’s worth it to have kids in masks if it means getting in-person instruction.

“I think, personally, that’s a fairly small price to pay to get kids back in the classroom,” Holler said.

Other parents are skeptical that kids can return to school safely. Matthew Miller has two daughters in the Somerville School District. One is entering eighth grade and the other is going into her junior year of high school. While he doesn’t think online learning has been effective, he worries about the health implications of sending everyone back to school.

Miller thinks that this year should be a “holding” year, where students are supported the best they can be online so that they don’t lose any skills they already have. Then, in the fall of 2021, they can reenter school in person, in the grade, they would have been in this upcoming year.

“I know that seems crazy but I don’t see another good possibility because we can pretend that kids are going to learn a year’s worth of stuff, but they’re just not,” he said.

Miller said his children didn’t learn anything during remote classes and he doesn’t think it’s possible to claim that a year of remote learning would be equivalent to a year of in-person instruction. Still, he said the idea of sending everyone back to school doesn’t seem like a safe option.

Jennifer Caruso, a mother of four in Stoneham Public Schools, thinks that families should decide if they want to send their children back to school or not.

Caruso said she thinks her kids — who will be in first, fifth, seventh, and ninth grades — would do better if they could attend in-person classes, especially her first grader. She said he’s just learning how to be in school and having him work at home can be challenging. If the school didn’t resume in the fall, Caruso would have to find child care for when she and her husband are working. She said she’s lucky that she has family members who could help out and make it work, but needing them to be homeschool teachers in addition to babysitters would be an extra hardship.

Caruso said her children’s physical, mental, and emotional well-being is important to her and needs to be considered with the threat of the virus.