How Does a Mortgage REALLY Work? 30 Year vs. 15 Year Fixed Mortgage Rates 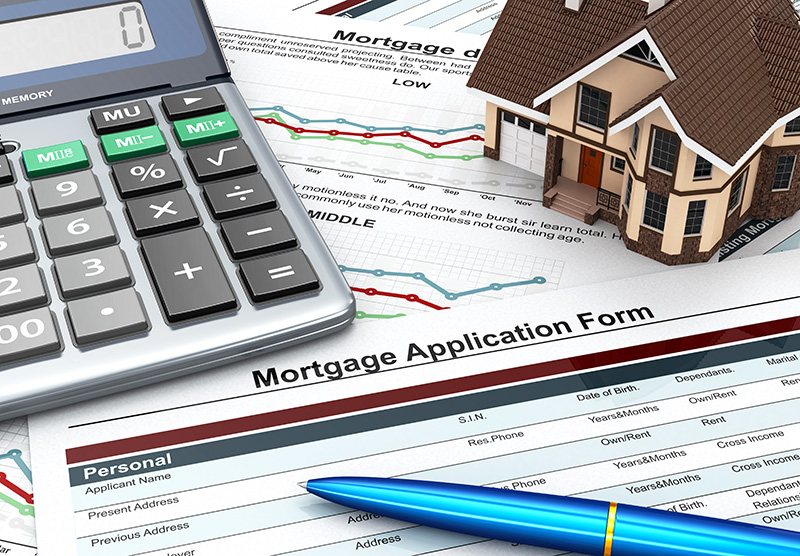 Buying a home is the embodiment of the American dream. However, that wasn’t always the case: In fact, before the 1930s, only four in 10 American families owned their own home, says Local Records Office.

That’s because very few people had enough cash to buy a home in one lump sum. And until the 1930s, there was no such thing as a bank loan specifically designed to purchase a home, something we now know as a mortgage.

In simple terms, a mortgage is a loan in which your house functions as the collateral. The bank or mortgage lender loans you a large chunk of money (typically 80 percent of the price of the home), which you must pay back — with interest — over a set period of time. If you fail to pay back the loan, the lender can take your home through a legal process known as foreclosure.

For decades, the only type of mortgage available was a fixed-interest loan repaid over 30 years. It offers the stability of regular — and relatively low — monthly payments. In the 1980s came adjustable rate mortgages (ARMs).

Loans with an even lower initial interest rate that adjusts or “resets” every year for the life of the mortgage. At the peak of the recent housing boom, when lenders were trying to squeeze even unqualified borrowers into a mortgage, they began offering “creative” ARMs with shorter reset periods, tantalizingly low “teaser” rates and no limits on rate increases.

When you couple bad loans with a bad economy, you get rampant foreclosures. Since 2007, more than 250,000 Americans have entered foreclosure proceedings every month. Now those foreclosures are turning into full-on repossessions, which are expected to reach 1 million homes in 2010.

In legal terms, a mortgage is “the pledging of property to a creditor as security for the payment of a debt“. In plain English, a mortgage is a loan. For many people, it’s the biggest loan they will ever borrow. With a regular loan, there’s no explicit collateral.

The lender looks at your credit history, your income, and your savings, and determines if you’re a good risk. With a mortgage, the collateral for the loan is the house itself.

Banks are the traditional mortgage lender. You can either apply for a mortgage at the bank you use for your checking and savings accounts, or you can shop around to other banks for the best interest rates and terms.

If you don’t have the time to shop around yourself, you can work with a mortgage broker, who sifts through different lenders to negotiate the best deal for you. Banks aren’t the only source of mortgages, though: Credit unions, some pension funds, and various government agencies also offer mortgages.

You may think mortgages have been around for hundreds of years — after all. How could anyone ever afford to pay for a house outright? It was only in the 1930s, however, that mortgages actually got their start. It may surprise you to learn that banks didn’t forge ahead with this new idea; insurance companies did.

These daring insurance companies did this not in the interest of making money through fees and interest charges, but in the hopes of gaining ownership of properties if borrowers failed to keep up with the payments.

It wasn’t until 1934 that modern mortgages came into being. The Federal Housing Administration (FHA) played a critical role. In order to help pull the country out of the Great Depression, the FHA initiated a new type of mortgage aimed at the folks who couldn’t get mortgages under the existing programs. At that time, only four in 10 households owned homes.

FHA started a program that lowered the down payment requirements. They set up programs that offered 80 percent loan-to-value (LTV), 90 percent LTV, and higher. This forced commercial banks and lenders to do the same, creating many more opportunities for average Americans to own homes.

Another area that the FHA got involved in was the quality of home construction. Rather than simply financing any home, the FHA set quality standards that homes had to meet in order to qualify for the loan.

That was a smart move; they wouldn’t want the loan outlasting the building! This started another trend that commercial lenders eventually followed.

The down payment on a mortgage is the lump sum you pay upfront that reduces the amount of money you have to borrow. You can put as much money down as you want. The traditional amount is 20 percent of the purchasing price, but it’s possible to find mortgages that require as little as 3 to 5 percent.

The more money you put down, though, the less you have to finance — and the lower your monthly payment will be.

The monthly mortgage payment is composed of the following costs, appropriately known by the acronym PITI:

With a fixed-rate mortgage, your monthly payment remains roughly the same for the life of the loan. What changes from month to month and year to year is the portion of the mortgage payment that pays down the principal of the loan and the portion that is pure interest.

If you look at the amortization schedule for a typical 30-year mortgage, the borrower pays much more interest than principal in the early years of the loan. For example, a $100,000 loan with a 6 percent interest rate carries a monthly mortgage payment of $599.

During the first year of mortgage payments, roughly $500 each month goes to paying off the interest; only $99 chips away at the principal. Not until year 18 does the principal payment exceed the interest.

A fixed-rate mortgage offers an interest rate that will never change over the entire life of the loan. Not only does your interest rate never change, but your monthly mortgage payment remains the same for 15, 20 or 30 years, depending on the length of your mortgage.

The only numbers that might change are property taxes and any insurance payments included in your monthly bill.

The interest rates tied to fixed-rate mortgages rise and fall with the larger economy. When the economy is growing, interest rates are higher than during a recession. Within those general trends, lenders offer borrowers specific rates based on their credit history and the length of the loan. Here are the benefits of 30, 20 and 15-year terms:

There is long-term stability to fixed-rate mortgages that many borrowers find attractive– especially those who plan on staying in their home for a decade or more. Other borrowers are more concerned with getting the lowest interest rate possible.

This is part of the attraction of adjustable-rate mortgages, which we’ll talk about next.

An adjustable-rate mortgage (ARM) has an interest rate that changes — usually once a year — according to changing market conditions. A changing interest rate affects the size of your monthly mortgage payment. ARMs are attractive to borrowers because the initial rate for most is significantly lower than a conventional 30-year fixed-rate mortgage.

Even in 2010, with interest rates on the 30-year fixed mortgage at historic lows. The ARM rate is almost a full percentage point lower. ARMs also make sense to borrowers who believe they’ll be selling their home within a few years.

If you’re considering an ARM, one important thing to remember is that intentions don’t always equal reality. Many ARM borrowers who intended to sell their homes quickly during the real estate boom were instead stuck with a “reset” mortgage they couldn’t afford. Many of them never fully understood the terms of their ARM agreement. Here are the key numbers to look for:

Now let’s look at some of the less common mortgage options, like government-sponsored loans, balloon mortgages and reverse mortgages.

Other Types of Mortgages

Let’s start with a risky type of mortgage called a balloon mortgage. A balloon mortgage is a short-term mortgage (five to seven years) that are amortized as if it’s a 30-year mortgage. The advantage is that you end up making relatively low monthly payments for five years, but here’s the kicker.

At the end of those five years, you owe the bank the remaining balance on the principal, which is going to be awfully close to the original loan amount. This “balloon” payment can be a killer. If you can’t flip or refinance the home in five years, you’re out of luck.

Reverse mortgages actually pay you as long as you live in your home. Essentially, these homeowners borrow against the equity in their homes. However, they don’t have to pay the loan back as long as they don’t sell their homes or move.

The downside is that the closing costs can be very high, and you still have to pay taxes and mortgage insurance.

These agencies don’t directly lend money to borrowers. Rather, they ensure the loans made by approved mortgage lenders. This includes the refinancing of mortgages that have become unaffordable.

Veterans Administration loans, like FHA loans, are guaranteed by the agency, not lent directly to borrowers. VA-backed loans offer generous terms and relaxed requirements for qualified veterans. Vets can pay no money down as long as the home price doesn’t exceed the loan limits for the county.

If you live in a rural area or small town, you may qualify for a low-interest loan through the Rural Housing Service. RHS offers both guaranteed loans through approved lenders and direct loans that are government funded. They-enable low-income families to get loans for homes.

Probably one of the most confusing things about mortgages and other loans is the calculation of interest. With variations in compounding, terms and other factors, it’s hard to compare apples to apples when comparing mortgages. Sometimes it seems like we’re comparing apples to grapefruits.

First, you have to remember to also consider the fees and other costs associated with each loan. How can you accurately compare the two? Luckily, there’s a way to do that.

The annual percentage rate (APR) that you hear so much about allows you to make true comparisons of the actual costs of loans. The APR is the average annual finance charge (which includes fees and other loan costs) divided by the amount borrowed.

So the second lender is the better deal, right? Not so fast. Keep reading to learn about the relation between APR and origination fees.

The origination fee is how lenders make money up front on your mortgage loan. Going back to our APR example, let’s say that the second lender charges a 3 percent origination fee. Plus an application fee and other costs totaling $3,820 at closing.

That brings the new loan amount down to $96,180, which yields an APR of 7.39 percent. So there you have it: Although the second lender advertised no points. It ended up with a higher APR because of its steep origination fee.

The take-home message is simple: Don’t just look at the interest rate. Ask for the APR and compare it with other lenders. Also, make sure you know which fees are being included in the APR calculation.

Luckily, you don’t have to calculate the APR on your own. The lender will give it to you when it gives you the Federal Truth in Lending Disclosure; you just have to understand its importance.

Here are some other things to take into account when you examine the APR: