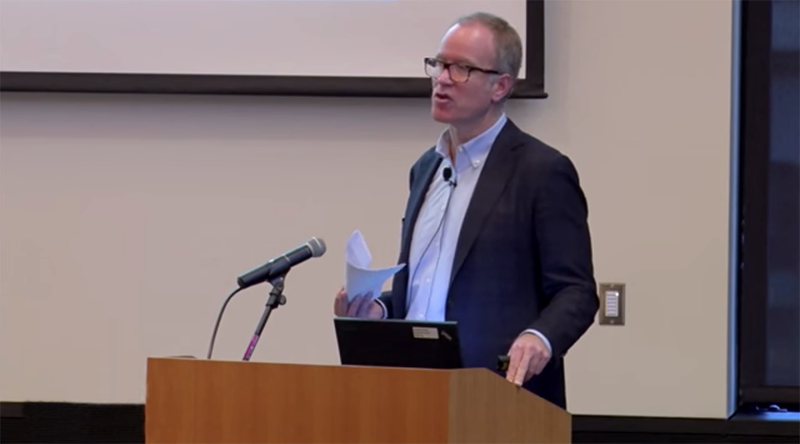 Nordstrom confirmed the death in a brief press release. The company said Blake’s brothers, Pete and Erik, will continue on as co-presidents.

“My heart goes out to the Nordstrom family and everyone at the company during this difficult time. Everyone who worked with Blake knew of his passion and deep commitment to employees, customers and the communities we serve,” Nordstrom chairman of the board Brad Smith said in a statement.

The company revealed in December that Blake Nordstrom had been diagnosed with lymphoma. In a tweet, the company said that he died “unexpectedly” on Wednesday morning.

Blake and his two brothers became co-presidents in 2001. In that time, he helped oversee efforts like a major Nordstrom Rack expansion, an experimental store in New York City that donated all profits to charity, and an expansion in Canada and Puerto Rico.

During his time as an executive, Nordstrom saw revenues steadily increase to $15.4 billion over the last fiscal year, nearly 5 percent higher than the previous year. The Nordstrom family tried to take the company private earlier in 2018, but failed after the board of directors rejected the family’s offer as too low.

Blake Nordstrom grew up on Mercer Island and is a University of Washington graduate.

Nordstrom was founded in 1901 in Seattle, where its headquarters remain today.