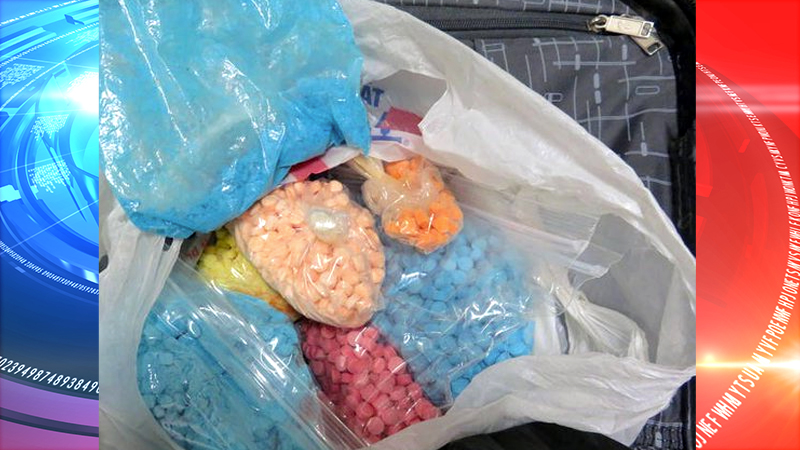 Three people — including the Morris Avenue building’s superintendent — are set to be arraigned Tuesday in connection with the operation that sold counterfeit oxycodone and ecstasy pills to an undercover officer, according to the New York City Special Narcotics Prosecutor’s Office.

The oxycodone turned out to be a mixture of heroin and fentanyl, while the ecstasy pills were actually much more addictive methamphetamine, authorities said. The pills were allegedly manufactured with a press housed in the bathroom of the apartment, where authorities also discovered a suitcase full of drugs, the prosecutor’s office said.

“Narcotics traffickers have long exploited the nation’s high demand for pain pills, a powerful gateway to addiction,” Special Narcotics Prosecutor Bridget G. Brennan said in a statement. “But this investigation reveals an even more deviant scheme – an organization creating and distributing counterfeit pills with highly potent and lethal compounds, manufactured in an apartment right next to the boiler room.”

An undercover officer first bought more than 900 purported oxycodone and ecstasy pills from Hernandez-Ozoria for $5,000 on July 31, the Special Narcotics Prosecutor’s Office said. A lab analysis of the pills found that they were actually made of the more dangerous drugs, officials said.

Both Hernandez-Ozoria and Vasquez Chavez were arrested Sept. 11 as they sold about 3,000 more “oxycodone” pills to the undercover officer on Sept. 11, officials said. Authorities learned the pills were made in the apartment building’s boiler room area, to which Castillo allegedly provided access, the prosecutor’s office said.

Authorities got permission to search the apartment and the boiler room the same day and found the bathroom outfitted with a pill press machine, pill press imprints and other equipment, officials said.

They also found a suitcase in the living room filled with the heroin and fentanyl mixture, crystallized methamphetamine and thousands of pills, according to the prosecutor’s office. And the refrigerator was stocked with drug paraphernalia and various substances stashed in food containers, officials said.

Security footage from the building showed Castillo, who lived in the building, entering and leaving the boiler room area with another person, the prosecutor’s office said. Castillo was arrested at the time of the search, officials said.