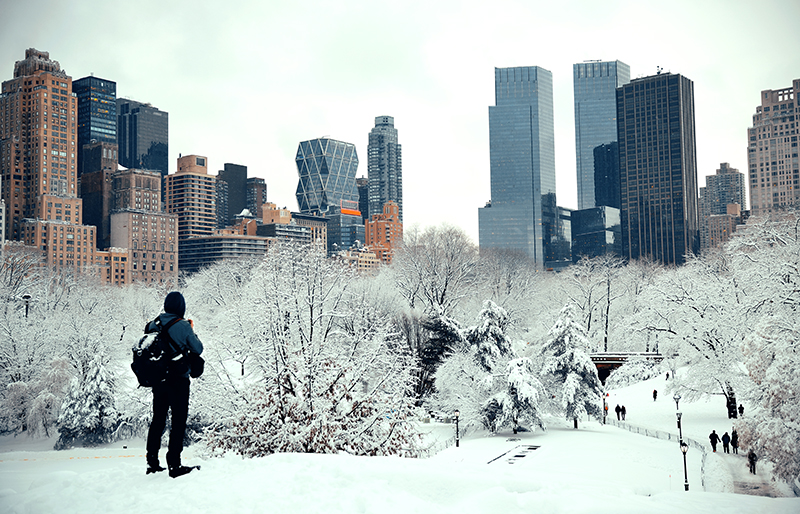 NEW YORK CITY – The season’s first big hit is yet to come, but winter is bringing the second snowfall in a week to New York City.

A light accumulation welcomed New Yorkers Monday, many of which were facing their first commute in the city after the holidays. Forecasters say that will be followed by more snow which will start falling late Tuesday.

The National Weather Service predicts rain will start falling after 3 p.m., turning to snow after 4 a.m. Tuesday when sub-zero temperatures will also hit the city. Less than an inch of snow is expected to build on the streets.

The snow is predicted to continue Wednesday morning before turning to rain and then tapering off. And then it’s clear skies for the rest of the week. Temperatures will skyrocket to near 60 degrees Saturday and more rain is expected.

Here’s the forecast in more detail, courtesy of the National Weather Service:

Tuesday
A 30 percent chance of rain after 3 pm. Increasing clouds, with a high near 41. Wind chill values between 25 and 35. West wind around 7 mph becoming southeast in the afternoon.

Tuesday Night
A chance of rain and snow before 1 am, then a slight chance of snow after 4 am. Cloudy, with a low around 30. Wind chill values between 20 and 25. Northeast wind 7 to 11 mph becoming west after midnight. The chance of precipitation is 50%.

Wednesday
A chance of snow showers before noon, then a slight chance of rain showers. Partly sunny, with a high near 39. Breezy, with a northwest wind 13 to 18 mph increasing to 20 to 25 mph in the afternoon. Winds could gust as high as 38 mph. The chance of precipitation is 30%.

Wednesday Night
Mostly clear, with a low around 25. Blustery.

Thursday
Sunny, with a high near 36.

Thursday Night
Mostly cloudy, with a low around 31.

Friday
A 30 percent chance of showers after 1 pm. Mostly cloudy, with a high near 52.

Friday Night
A 50 percent chance of showers. Cloudy, with a low around 49.

Saturday
A 50 percent chance of rain. Cloudy, with a high near 61.