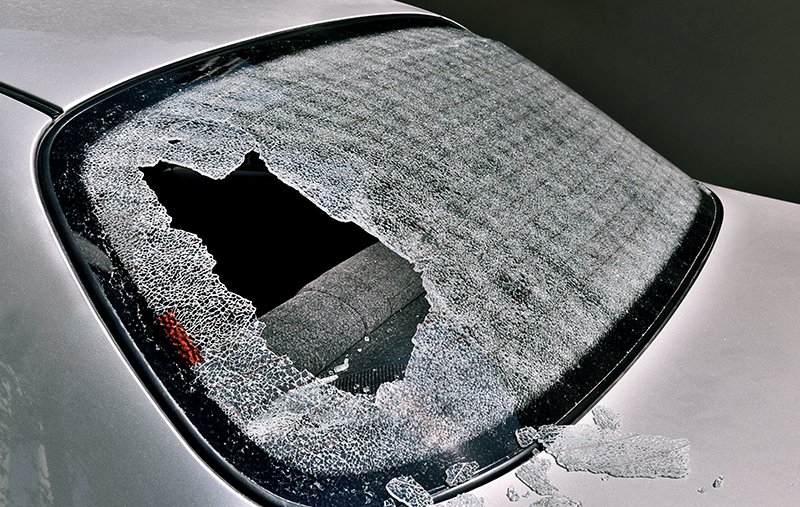 Dozens of car windows were smashed in with a fire extinguisher at the Bellagio Hotel & Casino parking garage.

Laura Chapman, a local realtor, was inside the resort shopping when she unknowingly became a victim.

“I was going up the elevator and somebody asked me if my car survived,” said Chapman. “I went to my vehicle and there was a big fire extinguisher in the back of my vehicle window, glass everywhere and all these other cars… the windows are busted out.”

MGM Resorts, which owns the Bellagio, said its security team acted quickly and resolved the problem peacefully. Authorities confirm at least one suspect was taken into custody by police.

While Chapman said nothing was stolen from her car, she is still bitter about what happened.

“I saved for four years for this car and I bought it in February. Not cool – I work hard,” said Chapman.

Roughly 30 cars vandalized on the Las Vegas Strip. Windows smashed in with a fire extinguisher at the Bellagio parking garage. 1 suspect in custody @News3LV pic.twitter.com/4tANGz9ugn

MGM Resorts said in a statement that they are “notifying and assisting the owners of the vehicles and will continue to work closely with police.”

Chapman said the Bellagio is taking care of “every penny” of damage, even replacing the glass of the damaged cars on site so victims like her could go home with one less worry.

“I will forever be a Bellagio client,” said Chapman.

The Las Vegas Metropolitan Police Department has not released any information about the suspect nor a motive. No injuries were reported.