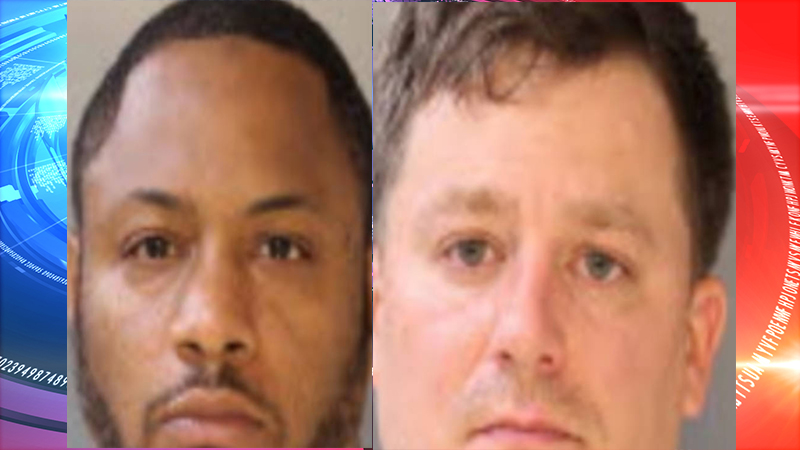 State troopers went to the depot on Tuesday, Sept. 11, where they said they discovered two wooden crates that contained about 300 pounds of marijuana.

State police detectives from the Trafficking South Unit with assistance from the Pennsylvania Attorney General’s Office Bureau of Narcotic Investigations delivered the crates to their destination, where they then arrested Hasan Bacon, 37, and Michael Staine, 38, both of Philadelphia.

According to State Police, further investigation led detectives to another location in Philadelphia where they discovered an additional four pounds of marijuana along with the following weapons:

Bacon and Staine were both charged with distribution of marijuana and unlawful possession of a firearm. They were lodged at the Curran-Fromhold Correctional Facility in Philadelphia. Staine was held on $500,000 bail, while Bacon was held on $60,000 bail, both with 10 percent option.

“There is little doubt that the weapons seized in this investigation would be used for violence and intimidation, and they have no place in communities on either side of the Delaware River,” New Jersey State Police Colonel Patrick Callahan said. “Thanks to the collaboration between the New Jersey State Police Trafficking South Unit and the Pennsylvania Attorney General’s Office Bureau of Narcotics Investigations, the array of illegal weapons seized will never make it into the wrong hands.”

“Criminals don’t respect municipal boundaries, and it’s up to law enforcement agencies to work closely together to make sure suspects can’t evade justice by driving across state lines,” Pennsylvania Attorney General Josh Shapiro said. “Our Bureau of Narcotics Investigation partnered with the New Jersey State Police in this case to get nine guns out of the hands of criminals as part of their illegal drug operation. I thank (NJ) Attorney General (Gurbir) Grewal for his commitment to work collaboratively to keep our communities safe on both sides of the river.”

The case will be prosecuted by the Philadelphia Office of the District Attorney.