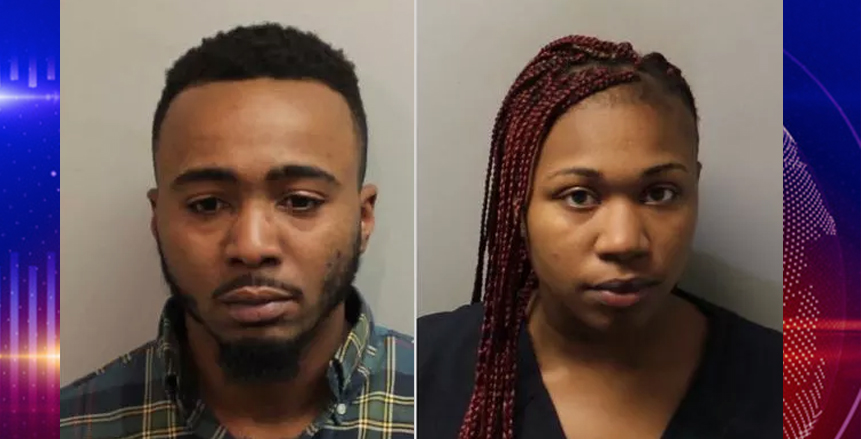 A Tallahassee, man and a woman suspected of selling marijuana out of their apartment both face drug and weapons charges after police seized more than six and a half ounces of pot and two handguns from the residence.

Gerkeria Scott, 22, and Tracy L. Allen Jr., 23, were arrested at The Pointe at Adams Place apartments, where Scott’s name is on the utility account, after police obtained a search warrant. According to TPD, officers had

“seen cannabis sales at the doorway”

and had received a tip about “on-going drug sales” at the apartment.

During their search, officers say they found about 185 grams of marijuana, a digital scale and plastic bags, and two handguns – a .38 caliber and a .40 caliber handgun equipped with a laser sight.

Investigators said, on the door of the apartment, there were five alarm company stickers and the metal door was reinforced with a metal frame. They also noted Scott and Allen were keeping three large dogs in the apartment.

Both were booked in the Leon County Jail Friday, and have been released on bond.