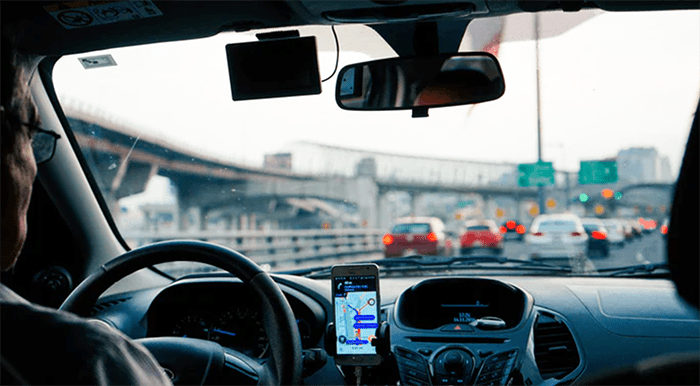 SAN FRANCISCO, CA — Uber announced Tuesday that 100 percent of its rides will take place in electric cars in the largest U.S., European and Canadian cities by 2030. The company pledged to fully convert to a zero-emissions platform for the rest of the world by 2040.

In the interim, the platform has launched “Uber Green” in 15 cities in the U.S. and Canada and will begin enforcing a higher ride fee for trips completed in electric vehicles.

The idea is to incentivize drivers to eventually make the switch; however, it does mean that certain trips will become more expensive for Uber riders. CEO Dara Khosrowshahi sees this as a necessary price to pay to transition Uber to an all-electric platform even faster.

The company will also spend $800 million to “to help hundreds of thousands of drivers transition to EVs by 2025,” Khosrowshahi wrote in the announcement.

Khosrowshahi said he was inspired by the early COVID-19 pandemic days when shelter-in-place orders effectively emptied crammed and bustling freeway systems all over the country. Thousands took to Twitter during those weeks, posting endless “nature is healing” memes and videos.

“The pandemic has caused many cities to rethink their infrastructure, transforming parking into parks and creating more space for walkers and cyclists,” said Uber CEO, Dara Khosrowshahi in a news release. “We’ve had a glimpse of what life could be like with less traffic and cleaner air—in cities built for people, not for cars.”

As a part of the transition, Uber customers may begin to see a plethora of zero-emissions promotional material on the app, encouraging users to swap their personal cars for electric vehicles.

The app will also offer bikes and scooters “wherever possible.” For starters, the company will further integrate the Lime scooter app across more than 55 cities including Austin, Los Angeles, Munich, Portland, Rome, Zurich, and many more, doubling availability from 2019.

Uber has also released a Climate Assessment and Performance Report, “making Uber the only rideshare company and one of the first companies more broadly to measure and report on emissions from customers’ real-world use of its products.”

The conversion is ambitious and is yet to be seen in other rideshare apps, but Uber asserts that the transition will provide benefits beyond cleaner air to both riders and drivers.

Uber drivers who elect to drive electric vehicles will begin earning extra money with each trip immediately, as the trip adds an extra $0.50 directly from the customer on every Uber Green trip completed and EV drivers will automatically earn an extra $1 for each trip completed in the U.S. and Canada.

The rideshare app also announced it is pairing up with vehicle manufacturers, charging network provides, and EV rental and fleet companies to “provide millions of dollars in EV savings to drivers around the world.”

In the announcement, the Uber CEO also vowed to work with local governments to achieve the transition.

The Uber team said it’s been working on an all-electric 2025 goal in London since the launch of the London Clean Air Plan.

“In 2019 alone, London drivers completed more than one million journeys in electric vehicles,” the news release said. “And in France, we’re announcing a Clean Air Plan, which sets aside money and includes a matching commitment by Uber toward EV purchases made by French drivers.”

And while the company has placed a pause on Uber Pool, which once allowed strangers to pile into one vehicle to carpool to their destinations, Uber plans to expand the rideshare options “as soon as it’s safe to do so.”

“Today’s announcement by Uber to move vehicles on its platform to greener transportation through electrification is a positive step forward,” said David Hochschild, Commissioner, California Energy Commission in the news release. “California has bold, ambitious climate goals, and Uber’s global influence and commitment to sustainability will help us reach them and accelerate the transition to a clean energy future.”