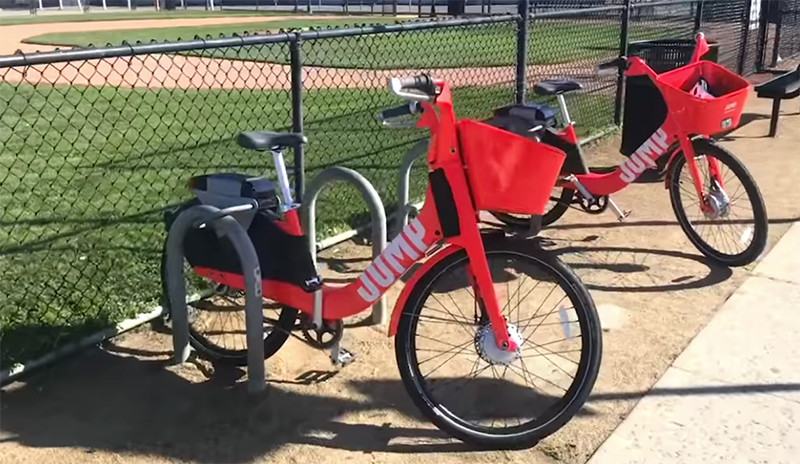 SEATTLE, WA – Uber’s electric-assist Jump bikes will hit Seattle streets beginning this week, according to the company. The Jump dockless bikes are the latest addition to the Seattle’s fleet, but the only other bikeshare service in the city aside from Lime.

Seattleites will begin seeing the red Jump bikes Monday morning. The company will start off with about 300 bikes, but Jump wants to have about 5,000 in Seattle by March 2019, according to its permit application.

Seattle created a new permitting process for bikeshare bikes over the summer. The bikeshare companies Spin and Ofo chose not to apply for a permit through the new process and have been gone from city streets for about three months.

Not to be outdone, the rideshare company Lyft has also applied to offer e-bikes in Seattle. Lyft’s bikes will look similar to the Jump models, but will be black, according to the company’s permit. Lyft wants 5,000 bikes on city streets by early 2019.

In a twist, Lime last week announced plans to start offering cars to rent in Seattle. About 1,500 LimePod cars could be available by early 2019.