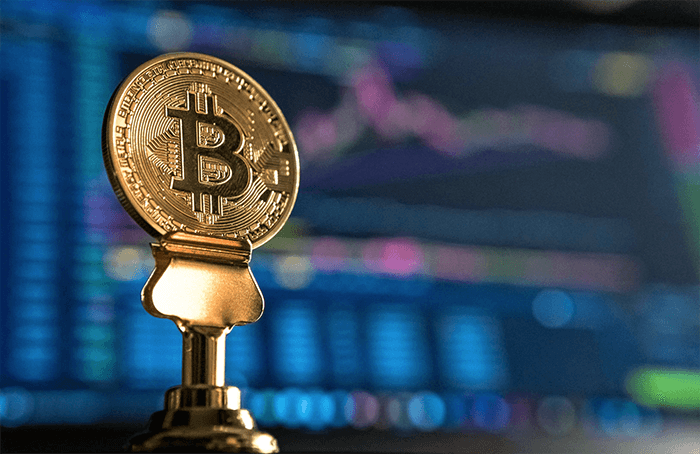 CHICAGO, IL — The first person prosecuted for cryptocurrency fraud in Chicago was sentenced Friday to 15 months in prison by a federal judge and ordered to pay $1.1 million in fines by the U.S. Commodity Futures Trading Commission.

Joseph Kim, 24, of Phoenix, Arizona, admitted orchestrating a fraudulent scheme involving the Bitcoin and Litecoin currencies while working for Chicago trading firm in the fall of 2017. In the course of generating more than $1 million in trading losses, Kim misappropriated more than $600,000 from his firm.

When his employers in the cryptocurrency group at Consolidated Trading discovered he was transferring the virtual currencies into his personal accounts, Kim claimed there were “security issues” that required the illegal transfers, according to federal regulators.

Kim was fired in November 2017 but the fraud continued with a second scheme, according to the settlement and guilty plea.

The terminated trader moved back in with his parents in Arizona and began soliciting money from his family, friends and their friends to fund more trading of virtual currencies. He lied about being fired, prosecutors said, claiming that he voluntarily left Consolidated and conveniently concealing the fact he was, in fact, canned for misappropriating the firm’s cryptocurrency.

Kim managed to raise nearly $550,000 from at least five investors. He told them he would invest in a low-risk arbitrage strategy, but he did not, according to the CFTC. Kim engaged in a series of high-risk bets on the movement of virtual currencies and lost all of his customers’ money. He then sent out false account statements to the clients that suggested he was generating profits.

The feds said his prosecution on a single count of wire fraud was the first criminal case involving the cryptocurrency trading industry to be brought in Chicago. That made it importat to impose serious jail time as a deterrent for other white-color criminals.

“It is often the case that a new, complex investment product is an area ripe for fraudsters to manipulate for their own benefit,” wrote assistant U.S. attorneys Sunil Harjani and Sheri Mecklenberg in their sentencing memorandum. “It is important that the public know that despite the complexity of cryptocurrency trading, the criminal justice system will hold traders and investment professionals accountable for cheating and stealing with strong sentences of imprisonment.”

At a sentencing hearing before District Judge Andrea Wood, four of Kim’s victims testified about their losses, according to the U.S. Attorney’s Office for the Northern District of Illinois.

“Had Mr. Kim not lied about leaving his company in good standing, I would not have invested with him,” wrote one elderly woman who entrusted Kim with her retirement funds. “It is evident Mr. Kim had no remorse for his past crimes and felt no qualms about stealing even more money from new victims.”

Another investor said Kim cost him his savings, inheritance and investments, which has had a severely negative impact on his personal and professional life.

“I honestly cannot put into words how upset and (disappointed) I am with myself. I constantly regret ever falling for the false promises by Joseph Kim,” he wrote,”and wish I could take back the moment I deposited my investment.”

Kim was charged in February and pleaded guilty in May. After admitting his guilt, Kim’s attorney said his client made a series of bad decisions and would work to repay those whose money he had lost.

“It was not my intention to steal for myself,” Kim wrote in a Nov. 29, 2017, email to his former employers, according to the criminal complaint, after his managers and the FBI began to investigate his fraud. “Until the end I was perversely trying to fix what I had already done. I can’t believe I did not stop myself when I had the money to give back, and I will live with that for the rest of my life.”

The feds said it made no difference whether he intended to repay the company, since his methods involved lies and trickery.

“He was undoubtedly a terrible trader, exercised horrible judgement and truly had the intention of repaying Consolidated the losses he caused,” prosecutors wrote in their sentencing memo. “His mentality is no different from the typical Ponzi-schemer, who always hopes that one day a profit will be made to repay every one.”

Kim graduated from the University of Chicago with a degree in economics in 2016. Consolidated Trading was his first job after college. He is now studying computer science in Arizona, according to his lawyer.

Now permanently banned from trading financial products, Kim had faced a maximum sentence of 20 years in prison. In sentencing memorandums, his lawyer requested a sentence of 6 months in prison. Prosecutors asked for a sentence of 4 to 5 years, noting both parties had a preliminary plea agreement that the guideline range would be 41 to 51 months imprisonment.