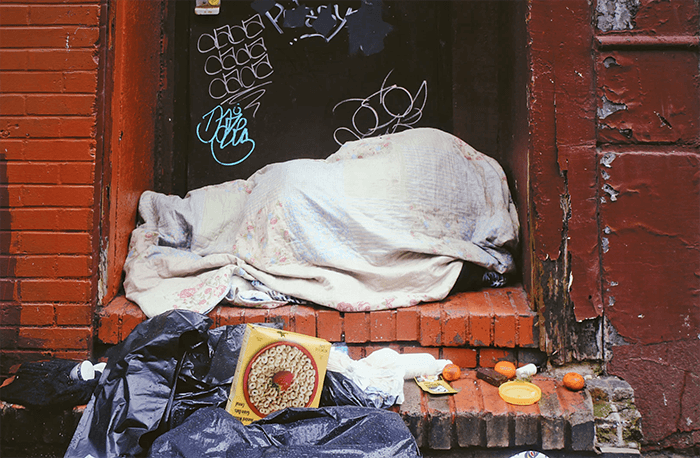 LOS ANGELES, CA — Attorneys for the city and county of Los Angeles asked Thursday that a federal judge vacate or delay an order set to take effect Friday to relocate thousands of homeless people living beneath and around the area’s freeways.

In the Los Angeles federal court filing, the county suggested that while there are ways to protect individuals experiencing homelessness, “the injunction does not support this end.”

In his order last week, U.S. District Judge David O. Carter cited health and safety concerns for dispersing the encampments that have long existed adjacent to Los Angeles highways. He suggested that if residents did not willingly leave, law enforcement might enforce anti-camping laws to ensure the homeless are moved to safer locations.

The unusual order was issued as part of settlement talks in a lawsuit filed in March by the L.A. Alliance for Human Rights, a coalition of Skid Row- area business owners, formerly homeless and disabled city dwellers, which accuses the city and county of Los Angeles of not doing enough to address the homeless problem downtown, especially in light of the COVID-19 pandemic.

The plaintiffs, for their part, filed papers commending the judge’s order and urged that it go forward Friday.

“The court takes an important and compassionate step to protect a significant portion of homeless persons and the community from likely harm by issuing this preliminary injunction, and its analysis and conclusion are legally correct,” according to L.A. Alliance attorney Elizabeth A. Mitchell.

As of late Thursday afternoon, the judge had not scheduled a hearing to discuss the situation and it was not immediately known how the relocations would be carried out or if there would be an emergency request for an appellate hearing.

In its 30-page response, the county said the relocation order is “concerning because it would interfere with complex matters of state and local policy” and “does not cite authority for its extraordinary judicial action.”

County lawyers referred to a series of events over the last few days stemming from the judge’s “inappropriate” decision.

“The court issued its preliminary injunction before permitting the parties to submit any briefing on it,” attorneys wrote. “At the same time, with the injunction issued, the court asked the parties to issue alternative plans under threat of an injunction, canceled a hearing to discuss those plans, and then required briefing within a day of the canceled hearing.”

In a response also filed Thursday, city attorneys requested that the court permit the parties two weeks to continue their negotiations before deciding whether to impose the preliminary injunction.

The city said that it could not reach an agreement on an alternative housing plan within the five days allotted by the court, a result of funding disagreements.

“In particular, the city’s ability to create new shelter is contingent on county funding, the appropriate levels of necessary support, and operating services for that shelter, to which county has yet to agree,” city lawyers wrote.

The county, asking that the order be vacated, argued that the case “presents serious questions of federalism. Federal courts should abstain from interfering in actions that implicate complex issues of state policy that disrupt local government’s efforts to establish a coherent policy with respect to matters of public concern.”

In another argument against the order, the county suggested that Carter is overstepping his bounds.

The injunction, lawyers wrote, “is procedurally defective. It was issued … without notice or an opportunity to conduct an evidentiary hearing to assess, weigh, and explore the facts and to balance the risks and potential conflicts with existing programs.”

“As the court knows, there are considerable state, federal and local efforts currently underway, not only to combat homelessness but also to reduce the spread of COVID-19 — and those efforts require extensive coordination,” according to the filing. “Without detailed fact-finding, evidence and factual exploration, any injunction at this point are too blunt of a tool to actually accomplish the goals of the court and the county.”