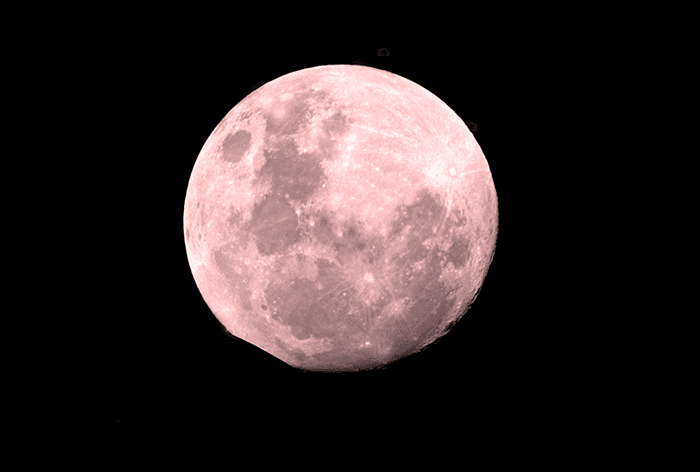 SAN ANSELMO, CA — If the weather cooperates in San Anselmo and Fairfax, the third supermoon of the year is worth getting out of your house to view Tuesday night. The April full moon, also known as the “full pink moon,” is the largest of four consecutive supermoons.

This cosmic distraction from the serious threat of the new coronavirus, however brief, is a great chance to get outside while practicing social distancing and wearing a do-it-yourself face mask — the latest a recommendation from the federal Centers for Disease Control and Prevention to control the spread of the virus.

The supermoon will shine brightly all night long, climbing to its highest point around 10:35 p.m. Eastern Daylight Time Tuesday. But the best times to get out and enjoy it are when it comes up and when it sets. In San Anselmo and Fairfax, moonrise is at 7:29 p.m. Tuesday and moonset is at 7:25 a.m. Wednesday.

Supermoons are an illusion. They aren’t any larger than any other full moon, but the trick of the eye makes you see them as inflated orbs that are brighter and bigger than normal full moons. Supermoons occur when our natural satellite reaches its closest point to Earth in its orbit (called perigee). When that happens, the moon appears about 30 percent brighter and 15 percent larger than when the moon is at its farthest point from our planet.

And despite its moniker, the April full pink supermoon is not a rosy orb. It’ll take on its typical golden hue as it rises, then turn bright white as it climbs higher in the sky.

It’s called a pink moon because the April full moon closely corresponds to the emergence of the bright pink phlox flowers. The April full moon may also be called the sprouting grass moon, the egg moon, and the fish moon.