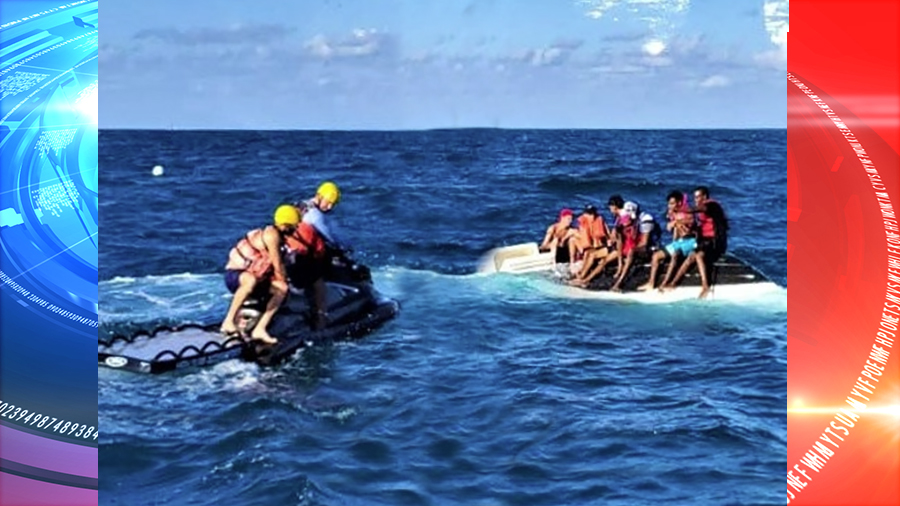 SOUTH FLORIDA – Ten people had to be rescued Tuesday afternoon when a boat overturned off the South Florida coast.

“All occupants have been accounted for and rescued without incident,” explained a spokesperson for Miami-Dade Fire Rescue.

The spokesperson said the incident happened shortly after 5 p.m. off the coast of Sunny Isles Beach, which is about 11 miles north of Miami Beach.

Miami-Dade Ocean Rescue Lifeguards used personal watercraft to take the victims to Miami-Dade Fire Boat 21, which brought them to nearby Haulover Marina.

“Miami-Dade Fire Rescue reminds all boaters to always have all their safety equipment, including a working VHS radio and life jackets,” the spokesperson added.