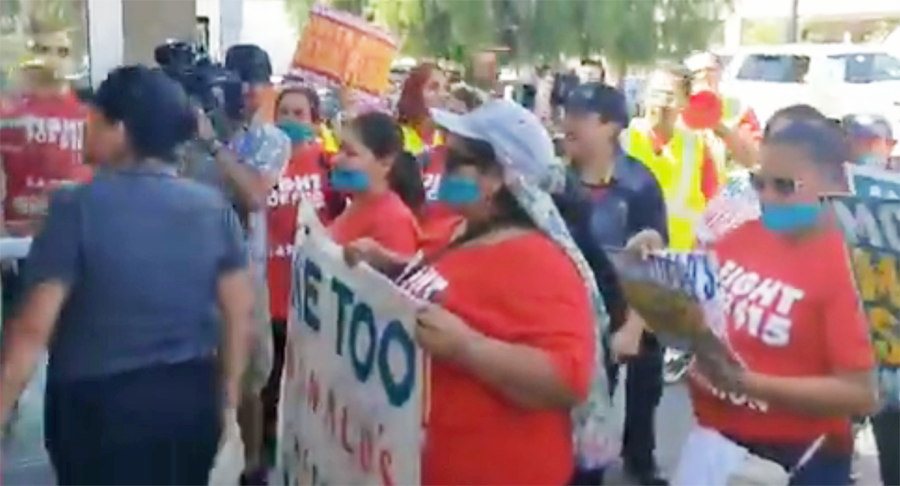 LOS ANGELES — Cooks and cashiers at McDonald’s in Los Angeles took to the streets Tuesday to strike against sexual harassment within the ranks of the fast-food giant.

The noon strike kicked off at the Monterey Park McDonald’s at 950 W Floral Drive.

The strikers issued an advisory calling the action the second walkout over sexual harassment in the United States in 100 years. They are demanding a seat at the table as McDonald’s embarks on an effort to draft and implement a new sexual harassment policy.

According to the advisory, McDonald’s responded to pressure from workers, women’s groups and elected officials to combat rampant sexual harassment in the fast-food industry. The problem, the strikers contend, is that the workers were excluded from the process and harassment is continuing.