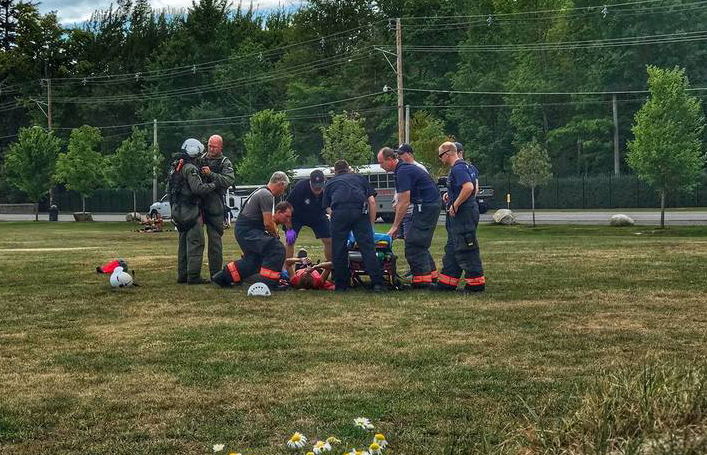 BOSTON, MA – A Boston woman hiking at Acadia National Park in Maine was rescued by helicopter after she was injured Monday when a boulder tumbled onto her leg, Maine Forest Rangers said.

“A Maine Forest Ranger Flight Crew has successfully extracted an injured female hiker from Dorr Mountain in Acadia National Park. We were able to fly the victim, who had leg trauma, to an ambulance from Bar Harbor Fire Department,” the Maine Forest Service posted to its social media.

The helicopter short haul rescue method saved rescuers a dangerous trip carrying down of the woman on foot so she could get to the hospital quicker, officials said.

The Bangor Daily News, first reported the hiker was a 53-year-old Boston woman who had been hiking up the Ladder Trail with a few other people when a boulder fell from above and landed on her leg. The Daily News reported the boulder may have weighed as much as 300 pounds.