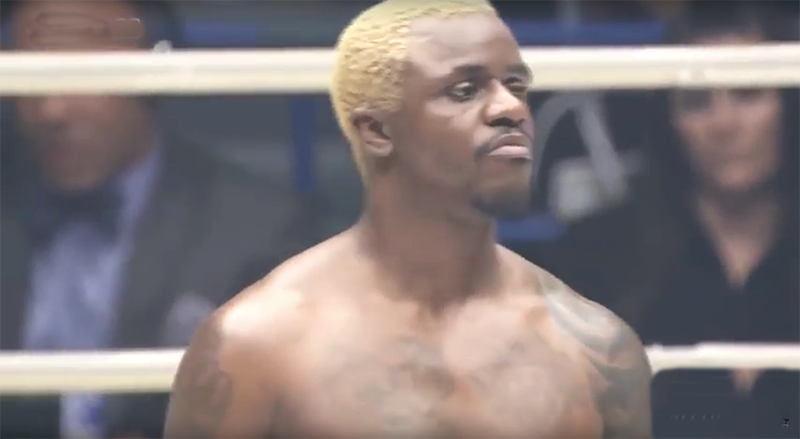 DENVER, CO – Former Ultimate Fighting Championship mixed-marshal-arts fighter Melvin Guillard appeared in Denver District Court Wednesday accused of punching people in two separate incidents at Denver bars. Guillard is also accused in Jefferson County of attempting to strangle a girlfriend in April and assaulting another man in Lakewood in 2017. Guillard is currently being held in Jefferson County jail on $5,000 bond.

In Denver, Guillard, 35, was charged Wednesday with second-degree assault for a bar brawl, captured on video, where he allegedly landed a punch that knocked a man cold around 2 am. Sept. 3 at Denver’s Bar Standard, 1037 N. Broadway Street. Guillard allegedly struck three people, including a woman during the brawl, according to a police affidavit.

Guillard is also charged with second-degree assault for another incident on June 15 at the Ginn Mill, 2041 Larimer St. In that case, Guillard was working as a freelance bouncer, hired when the bar was short-staffed according to a police affidavit. Outside the bar area, Guillard knocked a man unconscious with one punch by striking him on the left side of the face with a closed fist, police said. The man suffered a broken orbital bone in two places on the left side of his face, police said.

Guillard was arrested Sept. 10 in Jefferson County after appearing in court for a domestic violence charge. He is accused of punching and trying to strangle a girlfriend at a residence in the first block of Chase Street in Lakewood on April 23. Guillard, who was married at the time, allegedly became angry when the girlfriend asked him if he would divorce his wife so they could be together, according to a police affidavit. He was charged in Jefferson County with second-degree assault in that case and was released on $5,000 bond.

In the 2017 case, Guillard was arrested after allegedly repeatedly punching another man the evening of Sept. 30, 2017 in the driveway of a home in the 5600 block of West 5th Avenue. According to police reports, the man was worried that Guillard was contacting his girlfriend on Facebook and “trying to get with her.” He told police he had told Guillard to stay away. The day of the incident, the man reportedly found Guillard sitting in a car outside of his home. He told police they exchanged insults, with Guillard saying, “you’re not the same now that you have a girlfriend,” and the man replying “you’re just a jealous b—,” police reported. The man told police Guillard then exited his car and alleged punched him in the face multiple times until he fell onto the driveway and blacked out, the police affidavit said. Gillard is charged with second-degree assault in Jefferson County.

Guillard is scheduled to appear in court for the Jefferson County cases on Oct. 10, according to the online court docket.