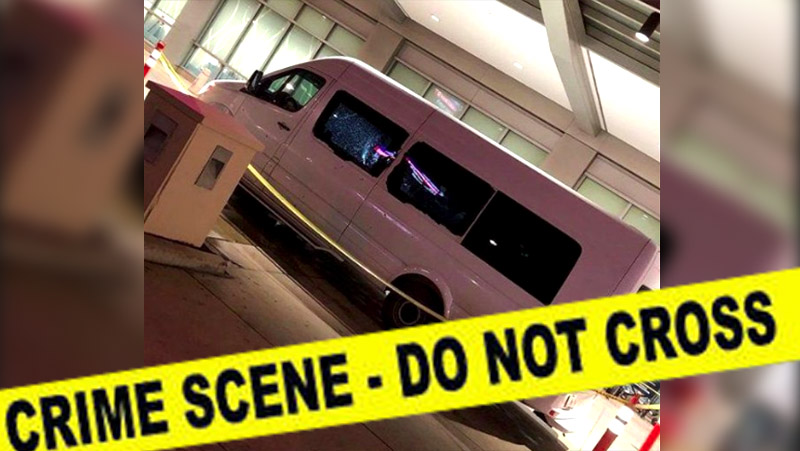 ST. LOUIS, MO – Nineteen-year-old rapper Osiris Williams, who goes by the stage name YK Osiris, had just finished opening for Lil Baby at the Pageant when a gunman opened fire on his tour van, injuring four occupants, the Post-Dispatch reports.

Police said the shooting happened on Interstate 64 near Jefferson Avenue just after 11 p.m. Wednesday night. The shooter was in a gray four-door sedan, according to witnesses, but police have not identified any suspects. Police said the rapper’s tour van sustained “heavy ballistic damage” on the driver’s side.

Four of the six men in the van were injured in the shooting, authorities said. The occupants’ ages ranged from 19 to 53 years old. All are reportedly in stable condition after driving themselves to an area hospital.

Osiris, who is from Florida, thanked God for letting him walk away from the shooting unharmed. “God so good, man. My car got shot up 20 times. But God got a plan for you, nobody can take it from you,” he said in a video posted to social media Thursday.

In the video, Osiris is wearing a hospital visitor’s pass and appears uninjured.

Unverified accounts on social media indicate that Osiris may have been targeted by a rival rapper.

Anyone with information should contact St. Louis Regional CrimeStoppers toll free at 1-866-371-TIPS (8477). All callers can remain anonymous and may be eligible for a reward. Tips can also be submitted through the CrimeStoppers website or free app.

The rapper documented the shooting in social media posts. “WHEN U A CHILD OF GOD 🙏 AND PROTECTED BY THE BLOOD OF JESUS 💯 THERE IS NO WAY THE DEVIL CAN KILL YOU ‼️‼️” he wrote in a since-deleted Twitter post and on Instagram Stories. The shooting took place on Highway 64 following Osiris’s show opening for Lil Baby on Wednesday night. Video of the van post-shooting was shared on social media – watch it below.