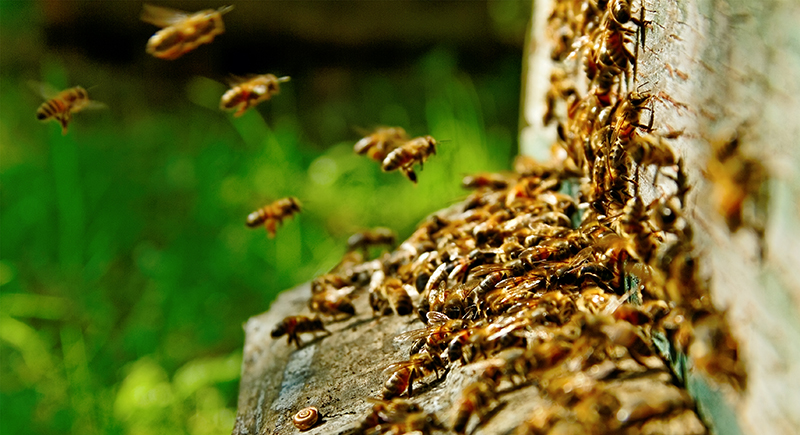 The bee swarm occurred shortly before 2 p.m. at a cart near Broadway and West 43rd Street, witnesses said on social media. Police gated off the busy area and directed pedestrians and vehicles to avoid the swarming hot dog stand.

NYPD Commissioner James O’Neill announced on Twitter that the department is “humanely, & safely, handling the [bee] swarm in [Times Square].”

The NYPD beekeeper was called to the scene to vacuum up the wayward bees, police officials said. Yahoo streamed the beekeepers efforts live on its Twitter page.

An NYPD spokeswoman was unable to confirm information about the bee swarm.