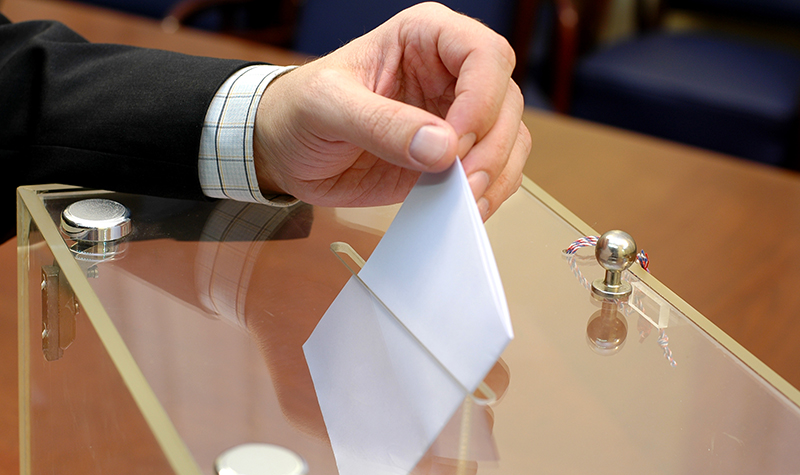 SEATTLE, WA – With less than two weeks remaining before the 2018 midterm election, voting has begun in many states. And as is true every year, several states will see significantly better turnout than others — sometimes twice as high. And while there are numerous reasons why people don’t vote, a recent study found that one major factor is that some states make it much harder than others to cast a ballot.

Washington has early voting by default because we vote by mail. The state had a 66 percent turnout 2016 election, 43 percent in the 2014 midterm election and about 66 percent in the 2012 election, according to an analysis of election data by the nonprofit organization FairVote. FairVote is a nonprofit dedicated to reforming America’s electoral system to achieve full participation and obtain a “truly representative democracy.”

While Washington’s 66 percent in 2016 might sound good, many other states beat us. States like Maine, Colorado, and New Hampshire had more than 70 percent turnout.

So far in the 2018 midterms, Washington voters are turning out pretty well. Statewide, about 9.3 percent of total registered voters have returned a ballot (as of Wednesday night). Around Puget Sound, Snohomish County had the lowest turnout so far at just 3.7 percent, according to the Secretary of State.

If history is any indicator, several states will see between just 25 percent and 35 percent of voters turn out. This includes Texas, which ranked dead last in the country for voter turnout in the 2014 election with a paltry 28.3 percent. Here were the worst states for voter turnout (Washington, D.C. included) in the 2014 midterm election:

Meanwhile, some states see more than double that turnout. Maine had the highest voter turnout in the 2014 election at 58.5 percent of eligible voters. Wisconsin, Colorado, Alaska, and Oregon rounded out the top five with 56.8 percent, 54.5 percent, 54.4 percent and 53.5 percent of voters casting a ballot, respectively. All except Oregon allow residents to vote up to 15 days before Election Day.

As noted earlier, there are a variety of reasons that some states see better turnout than others. FairVote noted some of the biggest involve how competitive the races are supposed to be, the demographics of the voting population — voters tend to be older, wealthier, more educated and white — and how restrictive voting laws are.

A new study lent a lot of credence to that last factor. Researchers at Northern Illinois University, Jacksonville University and Wuhan University in China found that states are influencing who votes by either making it easier or harder to cast a ballot. They created an index and ranked each state according to the time and effort it took to vote in each presidential election from 1996 through 2016. They scrutinized the effect of more than 30 factors involving registration and voting laws.

“The study does give us some very substantive findings that we can report about the effect on voter turnout,” wrote lead author Scot Schraufnagel. “But we created this index with the idea in mind that it’s going to have a lot of interest for reasons beyond voter turnout because it helps to define an electoral climate, which might influence whether people are willing to run for public office or who is willing to run for office. There also are implications for civil rights. We know, anecdotally, states with larger African-American populations have higher ‘cost of voting’ values.”

Mississippi, Virginia, Tennessee, Indiana, Texas and Michigan were ranked as the states where it’s most difficult to vote. Maine, Oregon, California and Colorado all cracked the top 10 in places where it’s easiest.

In 37 states, including three that mail ballots to all voters, along with Washington, D.C., any eligible voter can cast a ballot in person before Election Day without an excuse, according to the National Conference of State Legislatures. Colorado and Oregon also use all-mail voting.

Meanwhile, 13 states, including New York, Michigan and Pennsylvania, offer no early voting and require you to provide a reason to vote by absentee ballot.