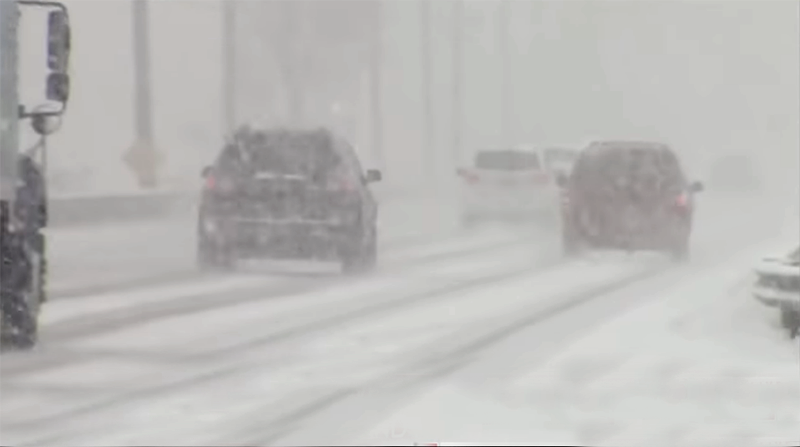 Roads across much of Maryland were glazed with snow and ice mix Thursday that generated more than 700 calls to Maryland State Police, about 320 crashes were handled by trooppers by 3 p.m. as the season’s first winter storm arrived.

Weather conditions ranged from mostly rain in Anne Arundel County, which was under a flood watch, to predictions of 4 to 6 inches of snow in northwest Howard, northern Baltimore and northwest Montgomery counties. Those areas were under a winter storm warning until Friday morning.

“Travel could be extremely difficult,” according to the winter storm warning, which was issued midday on Thursday, Nov. 15. “The hazardous conditions could impact the evening commute today.”

Between 6 a.m. and 9 p.m. Thursday, state troopers statewide had responded to 421 crashes, assisted 236 disabled vehicles and handled 1,076 calls for service.

Snow totals posted just after noon by the National Weather Service showed 6 inches in Martinsburg, 6.2 inches in Middleway, 5 inches in Cumberland, 2.8 inches in Bel Air and Montgomery Village, 2.3 at Pimlico, 2 inches in Columbia and 1.7 inches at BWI Airport.

Police departments across the region are warning residents of the poor driving conditions. Follow MD511.org for the latest road conditions across the state. Maryland State Police have declaredsnow emergency plans in Allegany, Anne Arundel, Baltimore, Carroll, Cecil, Frederick, Garrett, Harford, and Washington counties. That means no parking is allowed on snow emergency routes. If you don’t have all weather tires, you need snow tires/chains.

A firetruck in Frederick County was among the morning crashes.