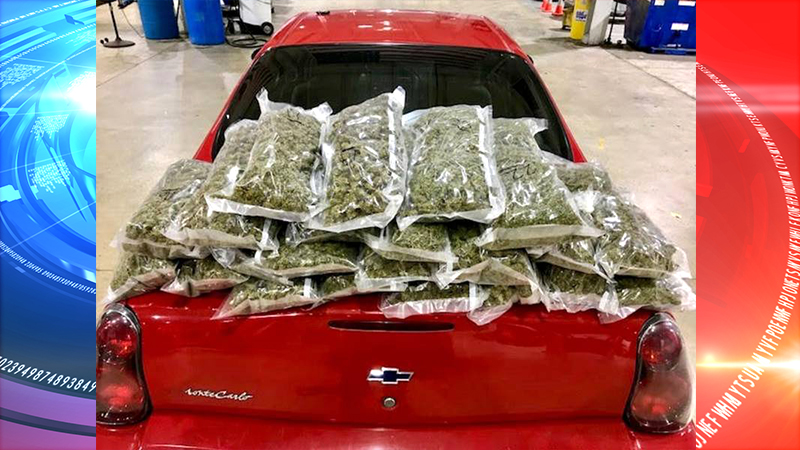 Two suspects have been arrested after being stopped for speeding on I-22 Wednesday morning. Members of the Jefferson County Sheriff’s Highway Safety Unit found several pounds of marijuana in the vehicle during the stop, valued at more than $46,000.

Just after 2 a.m. Wednesday morning a red Chevrolet Monte Carlo was stopped for speeding along I-22 near mile marker 133. Deputies said the car was occupied by the male driver and a female passenger. The driver told deputies that they were traveling from Portland, OR to Atlanta.

While speaking with the driver, deputies said they smelled a strong odor of marijuana coming from the interior of the car. A search of the car revealed two trash bags containing a total of 26 pounds of marijuana with a street value of $46,800.

The suspects were arrested and taken to the Jefferson County Jail, and arrest warrants were obtained formally charging 33-year-old Sean Daymon Flemings of Oregon and 32-year-old Carisa Jean Searls of Washington with trafficking marijuana. Both remain in the Jefferson County Jail. Flemings has since posted bail. Sears remains jailed under $50,000 bond.
This website uses cookies to improve your experience. We'll assume you're ok with this, but you can opt-out if you wish. Cookie settingsACCEPT
Privacy & Cookies Policy